“Hello, My name is William Johnson. I am a farmer and a white nationalist. I make this call against Evan McMullin and in support of Donald Trump. Evan McMullin is an open borders, amnesty supporter. Evan has two mommies. His mother is a lesbian, married to another woman. Evan is okay with that. Indeed Evan supports the Supreme Court ruling legalizing gay marriage. Evan is over 40 years old and is not married and doesn’t even have a girlfriend. I believe Evan is a closet homosexual. Don’t vote for Evan McMullin. Vote for Donald Trump. He will respect all women and be a president we can all be proud of. I paid for this ad for the American National Super Pac.”

The Daily Beast announced the calls before they started. In response to questions, Johnson told them, “I said that ‘I think he is a closet homosexual.’ Calling someone a homosexual is no longer defamation. Also, he is a public figure. Word on the street is that he is gay.” He also cited cited a Reddit thread of unsubstantiated claims about McMullin’s alleged homosexuality.

In response, McMullin tweeted, “Another desperate attack from GOP nominee @realDonaldTrump and his racist supporters as he continues to lose ground in Utah’”

He later tweeted, “This attack is consistent with @realDonaldTrump’s bigoted, deceitful campaign and vision for America. Utahns won’t be fooled.”

Lastly, he tweeted, “I’ve stood for liberty and equality in this race; it’s natural for @realDonaldTrump’s white supremacists to attack me. A fight worth having.”

The McMullin campaign told the Deseret News in a statement that McMullin is not gay.

McMullin has stated, “As a member of the Church of Jesus Christ of Latter-Day Saints, I believe in traditional marriage between a man and a woman, but I respect the decision of the Court, and I think it’s time to move on,” saying he’d have preferred the matter be handled by the states.

Johnson paid for a robo-call in February asking voters not to support a “Cuban” — a reference to Trump’s primary opponent Marco Rubio.

Johnson said calls will reach 193,000 residential landlines in Utah through Wednesday evening at a cost of about $2,000.

In 1985, according to the Southern Poverty Law Center, Johnson, a Brigham Young University graduate, proposed a Constitutional amendment that would revoke the American citizenship of every nonwhite inhabitant of the United States. A quarter century later, in 2010, he was still actively supporting white nationalist causes, serving as chairman of the racist American Third Position political party, which was renamed American Freedom Party in 2013, which seeks to run racist candidates nationwide.

“No person shall be a citizen of the United States unless he is a non-Hispanic white of the European race … Only citizens shall have the right and privilege to reside permanently in the United States,” Johnson’s 1985 statement read, in part. 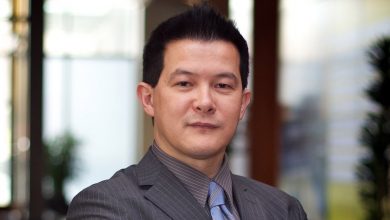