Hey, so how is everybody doing today? Feeling optimistic about the future? If the target audience for this column was KKK members and fans, the answer would be, “Heil yes!” Because they got their man in the White House! Faced with the choice between a woman with experience and intelligence, and a completely unqualified man who doesn’t like brown people, ladies, or thinking very much, America essentially told Hillary Clinton to go make Donald Trump a sandwich.

I admit I was shocked that Trump won. I didn’t see this coming. I was so sure that Clinton would prevail. Any other outcome seemed positively insane.

But never underestimate the power of racism and sexism in America. After all, that’s literally what this country was built on.

LGBTQ Americans have a very uncertain future ahead of us because Trump is filling his administration full of LGBTQ foes. Not to mention the fact that Vice President-elect Mike Pence is one of the most anti-gay elected officials ever. And he’s the guy in charge of picking who’s going to work for Trump. And so far it also looks like Pence is going to actually be the guy running the country.

Which is why it really doesn’t matter that Trump said that he’s “fine” with marriage equality and considers it “settled.”

When Lesley Stahl told Trump during a “60 Minutes” interview that LGBTQ people were concerned about marriage equality being overturned, Trump said the fear was “irrelevant.”

“These cases have gone to the Supreme Court, it’s settled and I’m fine with it,” Trump said.

Keep in mind that Trump has said he’s against same-sex marriage and during his campaign said that he’d appoint Supreme Court justices that would overturn the ruling.

But now he’s fine with it, so no worries, right?

Wrong. If anything Trump’s answer is further proof that he has no idea how government works and that he has being president confused with being king. President Trump doesn’t get to pick and choose which cases are heard before the Supreme Court or how they will be settled. Trump’s list of potential Supreme Court nominees is a who’s who list of right-wingers.

Since the election, Trump has reiterated his goal to see Roe v. Wade overturned and abortion criminalized and expressed his commitment to appointing justices who would do just that. Never mind that the right to choose is also “settled.” Not surprisingly, right-wing judges who are against abortion rights are almost certain to be against LGBTQ rights, too. So the idea that Trump being “fine” with marriage equality now somehow protects that law is ludicrous.

I think the best advice I’ve heard since Trump was elected is to keep vigilant and don’t become complacent. Trump is {BOLD not} a normal president and Americans who believe in justice and equality and think that diversity is a thing to be celebrated — not a problem to be solved — have an obligation to resist and to speak out. And I don’t mean just re-Tweeting the crazy shit Trump says with a “WTF?” attached to it. Get out of your houses and volunteer your time to organizations who work for what you believe in. Send them your money. We can’t afford to retreat.

Do not shut up. Do not give up. Do not lose hope. But do fight like hell. 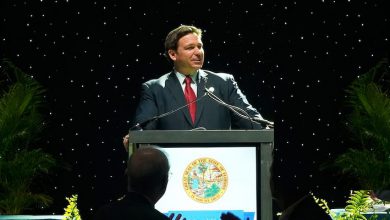 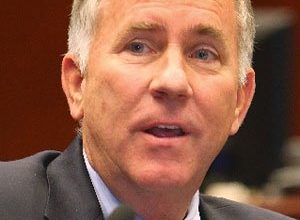