The road to Las Vegas is fraught with danger and excitement (and memories).

Last month a van full of Salt Lake queens visited Las Vegas over Labor Day weekend in 1988. I had been paired with the ever-so gorgeous Eric for a home stay at Odel and Eddie’s.

Our hosts were most gracious. They explained that they knew we might be out on the town, all hours, and that if we ever needed, they would be happy to come and get us from where ever we were. Wow, that is kind.

That evening the whole group was going to The Buffalo, a leather and denim bar. I had not yet attended Miss Sylvia’s Finishing School for Future Queens, so I didn’t understand there was a dress code for such a place. I was wearing spandex biking shorts, which were ever so popular in 1988. I was so fresh out of the closet that I had no idea how to act in a bar. I had never drank alcohol. So I positioned myself against the wall, next to Reverend Bruce, and watched the guys playing pool and drinking diet Coke. I was emotionally crushed when I saw my roommate Eric go home with some cowboy.

After a while, a really cute guy, Jim, came and sat by me and started to chat me up. Keep in mind, it was the first time I had been paid any attention by anyone. He asked what I was drinking and bought me a Coke. And then another; but I could taste rum. Finishing school lessons about proper alcohol intake would have come in so handy. After about three drinks he asked if I had ever tried peppermint schnapps. Wow, it was strong! He then invited me to play pool. These are all “firsts” for me in the dating arena.Then he switched to peach schnapps. Oh, I liked that much better. I was beginning to get pretty lubricated.

The group said that the van was leaving. Jim quickly offered to take me home. In tipsy naivete, I told them that I was fine and to go ahead without me. Does anyone detect any danger signs? After a few more drinks Jim announced that it was time to go home, and he called a taxi.

The cab arrived and Jim gallantly opened the door for me. I slid into the back seat and Jim climbed in and sat up against me and gave me a big old sloppy kiss on the lips, then he told the driver where to take us. Up to then in my life I had never exhibited public displays of affection, so I reflexively pushed Jim away, but he came back for a second helping. As the taxi pulled out of the parking lot, with Jim kissing my neck, in my newly experienced tipsiness, I decided that no one knows me here and will never see me again. What happens in Vegas, stays in Vegas. So I kissed Jim back.

We got into a pretty hot and heavy make-out session. I noticed that the driver’s eyes were glued to the rear view mirror. Then Jim suddenly dropped his face into my crotch and began chewing on Mister Frankfurter through the spandex of my bike shorts. We arrived at Jim’s apartment complex, and got out of the cab. It was especially awkward for me because Captain Standish was pitching quite a tent in my shorts. Jim couldn’t find his keys. He told for me to wait with the cab while he tried to get a set of keys from the office. So I’m left standing there, with the driver, hunched over trying to hide “the tent of shame.”  The driver then asked me, “Do you guys want a three-way?” I told him that it was Jim’s place and he would have to make that decision. Finally, Jim returned without keys.

So I gave the driver the address to Odel and Eddie’s house and off we went, continuing the heavy make-out session all the way, except that now the driver had his hand draping over the back of the seat trying to be involved. The driver couldn’t find the right house, so I told him to let us out at the 7-Eleven and I would call. So we sent the driver away, looking very disappointed as Jim and I sat on the curb in front of 7-Eleven making out like there was no tomorrow waiting for Odel to come and fetch us.

I really didn’t get any sleep that night. The next morning it was time to catch the van back to Salt Lake, so Odel drove me and Jim to the church. I said goodbye to Jim and got into the van. Reverend Bruce asked my how my night went, and the whole van sat in stunned silence as I told the story. 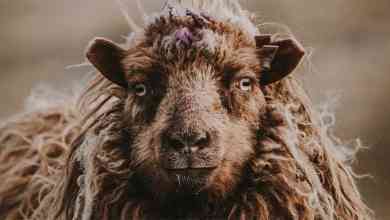 Weddings and lawsuits and stays