On Tuesdays, ariana hunt for a taco grande like me? If so, like me on Wednesday mornings, ariana the commode waiting for a grande San Francisco spillway? Well, this Tuesday is an Ariana Grande concert that is sure to erupt the lipstick lesbians and gay dudes spillways. Enjoy!

Ballet West presents Joshua Jones starring in the lead role he was made for: “The Little Mermaid.” Unfortunately there aren’t any clam shells large enough to cover his tostada grandes. Please don’t give us too much graying lettuce!

And for you ginger-loving lesbians, the remarkable Jessica Chastain builds a wall along the borders of Warsaw, Poland to protect Jews and animals from Donald Trump’s (I can’t call him president!) reign as Twittler.

“Black Grace” is New Zealand’s leading contemporary dance company, fusing Pacific and contemporary dance in an extraordinary and dynamic form. Neil draws from his Samoan and New Zealand roots to create innovative works that reach across social, cultural and generational barriers.” I hope they have Visas … the credit card that is, you pessimists!

I thought Plan-B Theatre Company’s new play was a parody on us not crying anymore about our supposed leader, but as I considered it, I became elated by shopping freely at Nordstrom, and humored by believing Sean Spicer is likely shedding a tear that a known Hebrew’s clothing line will likely be retailed only at outlets in Mexico.

23Thursday — Not One Drop

What Would Harvey Milk Do? 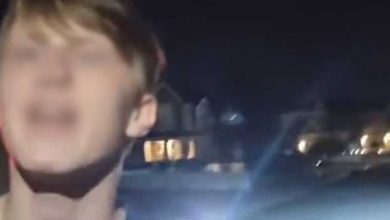