What happens at The Abbey? It looks like the usual.

Move over Fire Island – a show that hasn’t even aired yet but now has to move over, anyway – because there’s another queer-themed reality series ready to be a very bad influence on your summer viewing habits. It’s called What Happens at The Abbey. It is not about a monastery. It is, however, about an exceptionally popular gay bar/restaurant in West Hollywood that happens to be located right next door to Pump, the place you all know and hate-love from Vanderpump Rules. Lots of really pretty people work at the Abbey – the one thing they all have in common – and their respective sexualities, genders and races run the gamut, so a good variety of attractive couplings are sampled in the show’s preview trailer. Expect sex, screaming and very little sobriety (a disembodied voice yells “Penis!” in the trailer, so that’s promising). And if the show doesn’t deliver healthy amounts of all three, then we’re going to be bored fast. It premieres on E! Sunday May 4.

The Claws come out

We already miss Big Little Lies. And Feud will nearly be over by the time you read this. So now that we’re hooked on TV featuring female-driven misdeeds, where are we supposed to go next for a dose of bad behavior? Luckily, it’s TNT to the rescue with Claws. Set in a Florida nail salon staffed by a group of women who seem predisposed to setting it off, the show stars Niecy Nash, Judy Reyes (Devious Maids), Carrie Preston (The Good Wife), Jenn Lyon (Justified), and Karrueche Tran (The Nice Guys) as manicurists who find themselves involved in crime, murder and arson – you know, Florida stuff. We assume there will be adult language, adult situations, violence and nudity, all the TV-MA qualities we crave the most. But if not, at least there will be Nash, a woman we would follow off a cliff, Thelma & Louise-style, if she demanded it. Claws premieres June 11, and to get in the mood we’re going to go commit some victimless crimes and see if we like it.

We’re always rooting for transgender stories and creators, and we’re cheerleading hard right now for Transparent’s Silas Howard – one of Hollywood’s few trans directors – and his new project, A Kid Called Jake. The feature film, adapted from a Lincoln Center play by Daniel Pearle, will star Claire Danes and Jim Parsons as a married couple with a transgender child. Their 4-year-old, Jake, prefers to dress up and play princess rather than as male-identified fantasy heroes, and it’s up to the parents to sort out a response that will allow their little one to thrive. The film is in pre-production now, and it couldn’t be timelier, as the current presidential administration’s cruel anti-LGBT platform has already started attacking trans children by rolling back public school restroom policies that would allow children to use the one that corresponds to their gender identity. In other words we’re primed for a little art as activism, especially if it makes Republicans lose their minds.

Every time a tween, teen or Millennial star comes out in Hollywood, our heart grows three sizes, because they’ll never have to worry about the celebrity closet. But there’s a special place in our formerly shrunken hearts for the senior queer actors who blazed the trail, and we especially love British character actors Simon Callow (A Room With a View – he was the skinny-dipping vicar) and Miriam Margolyes (you know her best as Professor Sprout in the Harry Potter films). They’ve both been out forever, working for nearly as long, and we adore them. They’re the kind of people that we scan IMDB credits for – look, it’s perfectly normal to fixate on awesome character actors, don’t let anyone tell you it’s not – and they’re the ones making us watch something we’ve never heard of. Chances are you will hear of their upcoming project, director Bharat Nalluri’s (Miss Pettigrew Lives For A Day) The Man Who Invented Christmas, a sort-of biopic about Charles Dickens and the events that led him to write A Christmas Carol. Oh yes, Dan Stevens (Downton Abbey) and Christopher Plummer are the leads in this one. That’s nice. We’ll just be catching it (in late 2018) for the co-stars. 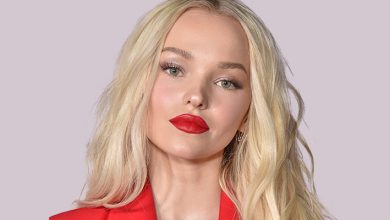 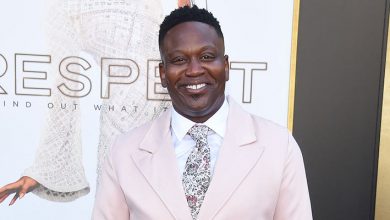