Drag Race alum transitioned from male to female after the show – now, she’s helping the world transition too

Carmen Carrera calls herself a “changed” person after competing on the third season of RuPaul’s Drag Race in 2011. Following her stint on the show, the Puerto Rican-Peruvian model transitioned from male to female and now uses her own experience as a transgender woman to inspire others who are grappling with their gender identity.

To fulfill her mission to raise trans awareness abroad, Carrera recently traveled to São Paulo, Brazil, for an episode of the Fusion docuseries Outpost, which mines globally-resonant human, social and cultural stories. Here, she talks about the eye-opening experience, as well as those who still consider her a “joke.”

From Drag Race to activist

Drag Race was a moment in my past – I wanted to do that show because I knew that after the show I was gonna transition, so, for me, that is always gonna be a time capsule in my life. And honestly, I’ve grown so much as a person since then. The Drag Race community got to know me right out of the club scene. I’m now 31. I am a wife. I am a stepmother. I’m still a lot of fun (laughs), but I’m way more responsible than I’ve ever been, and I’m happy about it too. I see myself as a very privileged trans woman; I’m able to experience what it feels like to have love and have children and work and survive, so I feel like in that sense I’ve changed a whole lot. During Drag Race, I’m not even sure I had a license back then. I was just having fun, dressing up, and living my own ideology of who I wanted to be on the inside. Then, everything changed; I got my birth certificate changed, and now I really feel like my life’s in order. And I always just have had this desire to help others, you know. Now, I see myself in a totally different place and I wanna be able to (tell) trans people, “You have more possibilities than you even realize.”

Going global with her trans activism

I set out on a journey to contribute my community activism outside of the United States. I wanted to take the same things that I learned here from people like Laverne (Cox), Janet (Mock), Caitlyn (Jenner) and Jenna (Talackova) and connect back to my roots, to really go back to South America and Central America and try to be an activist. So, I started off with Mexico, where they allowed me to basically bring trans issues to Mexican news stations. I was able to bring that to light. I did the same thing in Columbia and met with LGBTQ organizations in those countries to really bring information to their mainstream media.

Learning from other trans activists

They’ve given me a sense of pride to be a trans Latin woman. I wasn’t really able to be as proud as I am and wouldn’t have been if it weren’t for people like Laverne and Janet, and also that carries over into being a woman. I have a deeper sense of pride, and I want to teach that to people in my own community – to basically want a better quality of life, better protection laws – because that’s what they did for me. In the beginning, when I first came onto the scene, you have to remember I had just started my transition. I was right off of Drag Race, which put me on this super high platform, so it was difficult to focus on myself and develop myself at the same time as being in the news.

How her story can influence other trans people

It’s a story about growth and not being afraid to realize that you have to love yourself each and every step of the way. I can look back at my old Drag Race videos and be like, “What the hell was I thinking?” But that’s who I was, so I’m not gonna really beat up on myself. Instead, I’m going to love myself each and every step of the process and know that I can follow my gut, and that’s what I really want other young trans people to understand – keep your eye on the prize because when you complete your transition, when you find that place where you’re comfortable, you’re gonna be happy that you took care of yourself and took your time.

The price of living out loud

Just me being a trans woman, people don’t take me as seriously as they should. I read the comments, which I probably shouldn’t, but I do. And it’s a shame, but it’s not my responsibility to change everybody’s mind. You just have to lead by example, you need to put in the work. But it is really difficult for people to take me seriously considering the fact that they’ve seen me before my transition, they’ve seen me in the middle of my transition, they’ve seen me topless. I have lived my life out loud for the past six years. Yes, I’m a trans woman, but you know, I can model, I can act, I can be an activist. Little by little, slowly people will begin to understand that and not take me so much as a joke.

Brazil is the murder capital of the world for trans people, and many of the people who are suffering feel like they don’t have a voice. I think it comes from lack of knowledge. They don’t really know exactly what is going on. They don’t really know if it’s OK to stand up for themselves and to fight for their rights. They just go with the flow because they really don’t have any of the resources like here in America. It was really depressing for me, and it was really difficult to wake up knowing that these people are suffering. We have similar experiences, growing up and being kind of closeted about the way you feel and separating yourself and seeking love and validation from the nightlife. Those are all things that I did. It’s like, what makes me any different than them besides location? That’s really the only difference – that they’re there and I’m here. But we’re all existing at the same time.

I’m working on Venezuela and Chile, and I’m trying to see if I can get either a production company or a network to help take me on the road and explore other cities and other countries and their LGBT laws. Basically, see where we’re at on a global scale. I have a ton of fans in Brazil, so I wanna be able to just continue feeding them the inspiration they need. I mean, if there’s 2.5 million that will show up for a gay pride celebration, I don’t understand why a couple hundred thousand couldn’t show up to demand equal rights or protection laws, so I hope that they take it upon themselves to want better. That’s the whole point of this show – to put everything in perspective for them so that they can sit, watch it and learn something about the current state of affairs in Brazil. I’m very hopeful that that will spark change.

Next steps: bringing LGBTQ history into the classroom

I have two kids at home, age 12 and 8, and they know so much about LGBTQ history. I taught them myself, and they’ve seen my transition and they’ll educate you if you sit down with them and ask them questions. That really inspired me.

I have taken it upon myself to link up with an organization who is helping me create a K-12 curriculum for teaching LGBTQ history in the classrooms. I’m gonna ship that out to every single school in America I possibly can and hope that we can educate our children on our history to help break the stigma and help start the conversation on school grounds and help end bullying and better prepare our youth. Hopefully, that’s gonna spark some change in the future.

It’s a shame everything that is happening with our president, and I know that it might not get any better and we might just have to wait this out. But in the meantime, we can start inspiring our youth to be smarter and stronger and better prepared for the future. 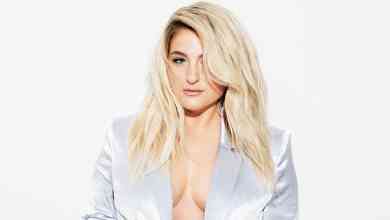 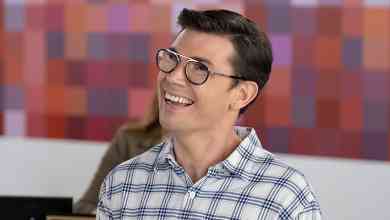