Trump continues his tradition of filling posts in his cabinet with people who are actively opposed to LGBT people having rights or even being called people. He’s really giving the George W. Bush administration a run for its money.

Flash back with me to the good old days of President Barack Obama. Remember when we had a president who wasn’t an insane rambling dum-dum? It seems so long ago.

Anyway, as you know, Obama made the United States Military G-A-Y. Gayer than a monkey’s uncle, even. It was under Obama that we bid farewell to the decades old “Don’t Ask Don’t Tell” policy, under which LGB service members had to stay in the closet and nobody was allowed to ask them about their sexuality and somehow that didn’t work at all because wouldn’t you know it, LGB folks were still discriminated against and booted out of the service for being queer.

Obama also nominated Eric Fanning as the Secretary of the Army, the first openly gay person to hold that office once the Senate finally got around to confirming him.

But you can’t Make America Great Again with a homo leading your Army mens, you need a REAL MAN! And so Trump, who for fucksake is the president, has nominated Mark Green to the position.

Green is a state senator from Tennessee and he’s been super busy in his home state sticking it to the gays, legislatively, that is.

Last year Green seemed to be calling for people to protect themselves from transgender people by force.

“We are back to where the country was at its beginning, and it’s the armed citizen who will defend this nation,” Green said according to The Hill. “And there’s something else that we’ve got to protect ourselves from, and it is an overreaching federal government. The notion that Mr. Obama thinks that he can tell the state of Tennessee who can go into a men’s bathroom or a women’s bathroom is absurd.”

He also called being transgender “a disease.”

And so you can imagine how opening up military service to transgender people, a process that began last year, will no doubt go swimmingly under Green’s leadership.

“All soldiers and their families, including those who are LGBT, should have confidence that the Secretary of the Army has their back and is working for their best interest,” said American Military Partners Association President Ashley Broadway-Mack in a statement. “Unfortunately, based on his vicious, anti-LGBT record, Mark Green cannot be trusted to ensure all those who serve have the support they need and deserve.”

“Green is a dangerous figure both because his policies are extreme and because he is shrewd at portraying them as moderate,” Nathaniel Frank writes in Slate. Frank points out that the bill’s Green backs are intended to discriminate against LGBTQ people, but don’t actually say so. A legislative reach-around, if you will.

Considering we just let Mitch McConnell break the Senate and thus let a president under FBI investigation put a right-wing extremist on the Supreme Court for life, I’m not optimistic about Green’s nomination getting blocked. Still, that shouldn’t stop you from contacting your senators with a hearty, “Hell no!”

The moral of this story is to vote. Fucking vote. Vote, god damn it. Vote, vote, vote. Jesus, Mary, and Joseph, vote. Especially in the midterms. 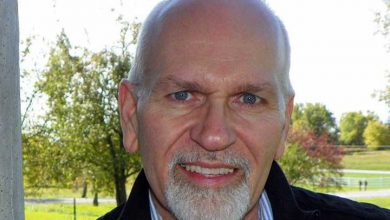