As someone who writes about LGBT entertainment on a regular basis (and has plenty of eye-rolls to give about the kind of content we’re putting out there; Prince Charming, anyone?), it was heartening to see recently at the OUTshine Film Festival in Miami (formerly MiFo) that the artists in charge of bringing our stories to life – whether triumphant or tragic or even mundane (our lives aren’t always disco balls and Unicorn Frappuccinos, after all) – have their fingers on the pulse of where we’re at as a community. But this and other LGBT film festivals are much more than grabbing a box of Sno-Caps and settling in for a flick about me and you. Here’s why it’s important – no, you’re duty – to attend an LGBT film festival ASAP.

You can count on one hand the number of LGBT films that have caught mainstream attention over the past two decades. Not films featuring LGBT characters, but rather films about LGBT characters. Ask any of your straight friends (hell, even your younger gay friends) to name an LGBT film and I’m willing to bet you get one of three movies in response: Brokeback Mountain, The Birdcage and Moonlight. The latter of the three was only released last year, and therein lies the problem: Hollywood is still afraid to bring LGBT movies to the big screen. One argument is that there’s little money to be made off LGBT movies, but that’s just not true. Great LGBT movies bring in serious cash, like Brokeback’s $178.1 million haul on a $14 million budget and Moonlight’s $55.8 million take with a super-tight $1.5 million budget.

What these three films have in common – as they do with most other LGBT films that have seen the light of day – is the internal struggle we all deal with as LGBT people. Coming out (or not coming out as is often the case) is perhaps our biggest story arc, and it’s the only one Hollywood seems willing to tell. Aside from us dying of AIDS, of course. (*eye-roll*)

This alone is a strong case for LGBT film festivals.

“LGBT film festivals ensure there is an audience for LGBT films, which otherwise may struggle to prove their value in a mainstream market, and thus never get made,” says Ebony Rhodes, an OUTshine Film Festival board member. “LGBT and allies can support the film festival by sharing and promoting the event as a relevant cultural arts partner in the larger community through all regular channels of communication. Raising awareness of LGBT film festivals also means we must support the actual filmmakers and talent by learning more about their work and supporting their careers by buying their films or supporting media platforms that feature their films, shorts or web series.”

Another reason LGBT films find it difficult to make their way into mainstream moviegoers’ consciousness is that mainstream audiences don’t “get” us. They’re not LGBT, so how can they relate, right? Obviously we know that we deal with all the same issues the rest of humanity deals with (except having to one day reveal our sexual orientation like what’s behind curtain number three on Let’s Make a Deal), but sometimes it takes strapping our family members to a movie theater recliner for two hours to get our point across. While local megaplexes are lacking options to help us hold our friends and family captive, LGBT film festivals are providing these experiences in droves. Some of the best movies I’ve ever seen – LGBT or otherwise – I saw at OUTshine last month. This is not an exaggeration. French-Canadian film 1:54, about school bullying, is not only topical but it should be required viewing for anyone under age 30. I beg you to find it (and a big box of Kleenex) and watch it with someone you love.

While LGBT film festivals celebrate our stories in theaters, they also encourage creating more stories in the real world. To that end, there are plenty of opportunities to mix and mingle with other attendees at these festivals, with post-screening discussions, cocktail parties, brunches and cultural activities around town that bring us together without having to open a single app.

I spent 10 days in Miami for OUTshine (it’s a major event for the LGBT community, as are the other fests around the country) while other attendees came in and out of Magic City at their leisure to enjoy the films they most wanted to see, as well as dine, shop and relax. When I wasn’t inside a theater, I was out exploring the surroundings – and spending my gay money. I enjoyed the area’s abundance of incredible restaurants (I recommend Orange Blossom and Yardbird Southern Table & Bar), rented a Jet Ski on the ocean, popped into the Pérez Art Museum in downtown, threw back a few drinks at Sugar atop the East Hotel, hit up a vinyl store to cop an album for my record player at home, and played gay bingo at Hôtel Gaythering. Proceeds from the latter supported OUT Miami, so it was money well spent.

Being LGBT can feel lonely at times, especially when we’re not represented equally in the content we consume that allows us to see ourselves and recognize that other LGBT people are going through the same things we are. That’s changing on television – GLADD reported the highest number of LGBT characters ever on television last year – but we’re still not equitably represented in movies, or at least not in the ones that hit major theaters. So we must continue to find the content that does represent us and fully support it.

Say Rhodes, “LGBT film festivals are important because we learn to truly accept ourselves as LGBT, from having positive role models and access to validating narratives that help us process otherwise confusing, complex and often scary emotions within ourselves. The film festival provides a supportive environment to reminisce, rejoice and affirm our own identity and the fact that we are not alone.”

Remember that: You are not alone, my friends. Grab a pal. See a movie. Stay proud.

7 tips for navigating income disparity in a new-ish relationship

How to Throw a Big Gay Football Party 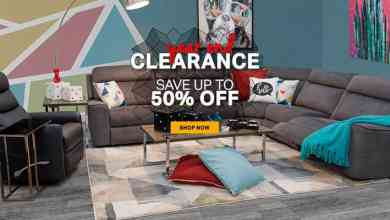