David Sedaris owns Utah, at least that part listening to NPR. You know the audience at Eccles Theater in Salt Lake City comes from NPR when KUER host, Doug Fabrizio appears and gets a half-standing ovation punctuated by the NPR-listener mating call, “Woot, Woot” from men and women alike.

He owns the audience from the start with a gently mocking reference to the Little America as his favorite place, calling it a “Five Star Motel” to knowing laughter from the audience. Then a quick monologue on the current White House occupant and people’s reaction to the elecltion.

It was mocking but intelligently so. It pointed out the folly of those who don’t like the current president and their sighing and facial expression of despair. He tells emailing a lifelong friend jokingly expressing outrage at her “#resist rant.” His follow up email of “just kidding” bounced back after she blocked him.

David is funny, insightful, poignant, piercing, sometimes mean, always gentle. No laughs as he talks of sister, Tiffany, who recently committed suicide. He is sad and still angry at her for past slights and at his reaction to her death.

David is gay, has a long time partner, Hugh, but he doesn’t make a big deal out of either. He loves Hugh and says so talking about their lives as permanent–sometimes exciting, sometime boring, nothing out of the ordinary,  just always loving.

In his public radio appearances, bestselling books and New Yorker columns David has been open about his life. His first big hit, “Santa Land Diaries,” was shot through with gay iconography, but its first airing in 1993 attracted no backlash. His appearances are not boycotted by anyone, and more street preachers protest LDS general conference in one weekend than in his entire career.

He normalized being gay. The NPR audience and other non-LGBT fans have learned to not be threatened by gay men and their loving relationships by reading and listening to the humor of Davis Sedaris.

Missed him in May? He’s back Thursday, June 22, Weller Book Works at Trolley Square, 7 p.m., to meet and greet. 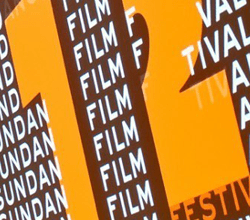