In what local organizers are calling a “call to arms,” two local marches will take place a week before and during the national LGBT March on Washington, dubbed “The Equality March for Unity and Pride.”

“Our LGBTQ rights and protections around the world are under attack,” organizer Mark Angus wrote in a statement to the organizers. “We need every one of you and all of your allies to come together in order to convince our nation and the world that we are fabulous and that they need our contributions as part of any vibrant society.”

The first march will coincide with the planned marches before the Utah Pride Festival on Friday, June 2 at 5 p.m.

“To start the festivities with a bang, we will walk hand-in-hand at the end of the ‘Pride in Solidarity March’,” Angus said. “Everyone who wants to march with us is welcome. Please make protest posters and wear rainbow colors.”

Ideas for posters include “We Can’t Keep Quiet,” “Silence = Death,” “Religious Freedom = Freedom to Discriminate,” “Stop the Hate,” “Resist!,” “When We Rise,” “Marriage Equality is Settled Law, Never Again!,” “Gay Rights are Human Rights, And Still We Persist,” “LGBTQ Rights are Under Attack,” “Love = Love, And Justice for All.”

The Pride in Solidarity March will begin at 5 p.m. at Harvey Milk Blvd (9th South) and 9th East. A rally will begin at 6 p.m. and the first marchers will step out at 6:45 p.m. with an expected 7:30 p.m. arrival at the Utah Pride Festival grounds. March participants will be allowed on the Festival grounds free of charge.

“Every time we stop along the march route we will have a chant caller,” Angus explained. “Let your voices be heard. Let yourself be seen and counted. We’re here, we’re queer, we’re fabulous.”

Volunteers will distribute flyers for the following march to be held Sunday, June 11.

The national march will begin in Washington D.C. at 10 a.m. EDT (8 a.m. MDT) on June 11. Sister marches will take place on the same day all over  the country and around the world.

“Those of us who cannot travel to Washington D.C. will participate in unity and support with a local rally,” Angus said. “Together we will make this the greatest rally the world has ever seen.”

Marchers are encouraged to wear T-shirts from their favorite LGBTQ organization or choose one with a rainbow color and “accessorize with all the rainbow stuff that you bought at the Pride Festival.” Posters made during the previous march are also encouraged.

“We will have speakers of three to five minutes max, chanting and an open mike,” Angus said.

All LGBTQ organizations, as well as local, state and national representatives, are invited to speak.

The Equality March for Unity and Pride – Utah 2017 Rally agenda:

On Sunday, June 11, marchers will begin to gather at Washington Park, on the west side of the City and County Building. The rally will begin at 2 p.m. with a memoriam to those who helped build the LGBTQ community in Utah and those who sacrificed to get the community where it is today.

“Lay down your posters and stand hand-in-hand in silence to honor those of us who have lost their lives, who have been persecuted, bullied, tortured and murdered around the world and throughout history for daring to be who they are. We enjoy the rights and protections they have built for us over many years. We will not let them be taken away from us now,” Angus said.

Beginning at 3:30pm will be a half hour of open mike.

At 4 p.m. the rally will end hand-in-hand with a last cheer of Pride.

The rally hopes to address along list of important issues: Bullying and teen suicide; Immigration of gay refugees fleeing for their lives; Ostracism from families and religion; Invisibility by being left out of the Census; Unity by bringing the margins of our LGBTQ community to the center; Continued activism by rallying the Millennials and our allies to keep what we have gained; Fighting against religious freedom which encourages discrimination; Speaking out on International human rights abuses; Protecting funding for HIV research and free PREP; Protecting funding for Planned Parenthood, sex education, free contraception and reproductive justice; Protecting Transgender rights in schools and all public buildings.

If you would like to speak on one of these issues or another, email [email protected] to get on the speaker’s list with a time slot. 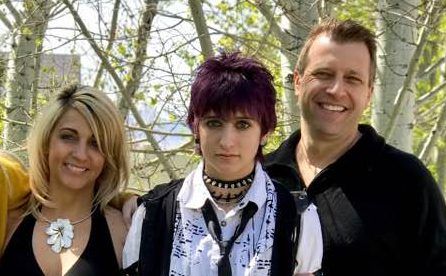