HIV and AIDS have always been a part of my life, but now – with advancements in treatment – I see a future full of hope

I don’t exactly remember when I first heard the word “AIDS.” I know it was at some point during my childhood in the mid-1980s, when the epidemic first hit the world with full force. I remember hearing about it often on the news. I remember when Rock Hudson (one of my mother’s favorite film stars) passed away from its complications. I remember Elizabeth Taylor becoming an activist for it. But what I remember most was the first time HIV touched my young life – and how it would continue to do so throughout my life.

It was 1988. I was 11 years old. I was visiting my best friend Cindy* at her grandparents’ house, as I often did after school. They lived across the street and she would go there after school until her parents got home from work. Cindy had a handsome young uncle, James, an artist who lived there as well. A young artist myself, I was very interested in him and his art (and I also thought he was very cute). Any chance I could, I would try to worm my way in to see him and talk to him when I was visiting Cindy.

It had been awhile since I had seen James. I was just getting over a cold, and after hearing me cough, I heard James yell frantically from the other room, “Who’s coughing? Get her out of here!” Cindy’s grandmother quickly entered the living room and politely ushered me out, telling me that James was ill and couldn’t be exposed to germs.

I remember being very hurt and confused to be sent home. Had I done something wrong? Was I dirty and germy? Most of all, I was devastated at being rejected and kicked out by my girlhood crush. The next day, when Cindy and I were walking home from school, I asked her what kind of illness James had. Without nervousness or hesitation, she said, “Oh, he has AIDS.”

Needless to say, I was heartbroken. I was young, but I knew enough to know that this was (at the time) a deadly condition. I could not believe this beautiful and talented young man could be dying, which by that point, he was. Sadly, I never saw James again. He passed away soon after, and all that remained were his paintings that hung on the walls of his parents’ home, now serving as silent memorials.

Fast forward one decade, to the mid-1990s. My family receives the news that a very dear relative, Uncle Felipe, was in the hospital and was not expected to make it. What happened? Was it an accident? Cancer?

“No,” my mother explained, “he has AIDS.” Fear ran through me like a cold, nauseating shiver. There was that word again. That word that had taken Cindy’s Uncle James over 10 years before.

Uncle Felipe was just about the kindest, sweetest, funniest person you would ever want to know. He was always smiling, bearing gifts and telling entertaining stories. You couldn’t help but feel happier and lighter when he was around. Felipe passed away two weeks after we found out he was ill, and per his request, we were not allowed to see him in the end. He did not want us to remember him being sick, wasting away to nothing in a hospital bed, but rather to remember him as the happy, healthy, charming man he always was.

For the second time in my life, I saw this virus take away someone dear to me, quickly and without mercy. But as time marched on, so did advancements in treatment. As we rolled into the 2000s, I began to hear the term HIV-positive more and more, and the term AIDS less and less – something that gave me hope, since I only knew the latter to equate to death. Celebrities who opened up about being poz, like Magic Johnson and Greg Louganis, also served as inspiration, as we saw them to continue to live and be healthy – something we didn’t see much back in the ’80s.

It was around 2009 when I discovered a very close friend of mine was HIV-positive. I had met Sergio when we had worked together in an office building nearly two decades ago. He was funny, fashionable and strange – just like me – and we became instant friends. I figured that Sergio was gay, but he insisted he was not, and I never pressed the subject. We kept in touch over the years, and we finally decided to get together and have dinner and drinks and catch up. Before we met up, he had told me over the phone, “A lot has changed. I have so much to tell you.”

I assumed that what had changed was that he was out of the closet, so I wasn’t surprised when he told me he that was gay. I was surprised, however, when he then told me he was HIV-positive. But this time, hearing the news was very different than my previous experiences. This time, it was my dear friend, my contemporary, my peer. This time, I was being told by the person themselves, not hearing about it only as they were dying. And this time, I saw the same healthy young man in front of me who I had always known.

Although I was obviously concerned about his health and emotional state, that shiver of fear did not run through me like with Uncle Felipe. This time, I immediately thought about antiretroviral treatment and asked him if he was on it (he was). This time, I thought, “We’ve got this; I’m not letting this take you away. You’re going to be OK.”

Today, Sergio is still doing fine – dating, traveling and living his life. In fact, the latest research shows that the life expectancy of those living with HIV today, if on proper treatment, is now almost on par with the general population. We’ve come a long way since losing all those beautiful souls back in the ‘80s and ‘90s, and we have long-term survivors to thank for persevering through it. I have seen this virus go from a death sentence, to being a treatable, chronic condition, which gives me great hope we will see its elimination in my lifetime.

Desireé Guerrero is the associate editor of Plus magazine. This column is a project of Plus, Positively Aware, POZ, The Body and Q Syndicate, the LGBT wire service. Visit their websites – http://hivplusmag.com, http://positivelyaware.com, http://poz.com and http://thebody.com – for the latest updates on HIV/AIDS. 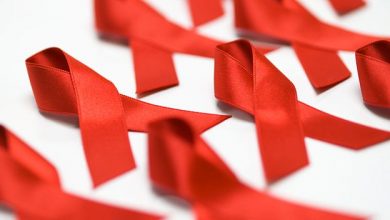