Another day another truly terrible person elected to Congress. America is on a roll when it comes to voting for people who are the worst.

As I write this I’m in Chicago with my family during Pride. The Navy Pier Ferris wheel is lit up in rainbow colors. In fact, when my 7-year-old son saw it he cried, “Look! A gay Ferris wheel!” We also saw cars with rainbow flags waving out their windows as I drove down the freeway. It’s a happy time.

Or at least it should be.

Sadly I can’t help think about Georgia’s newly elected Republican congresswoman Karen Handel. She beat the much better human being Jon Ossoff, a Democrat, but not by much. While some are pointing at Ossoff’s defeat and saying it’s proof the Democratic Party is dead and that Nancy Pelosi should be buried along with it, that’s stupid and short sighted. America deserves better than that.

Okay, but why am I thinking of Handel as I gaze upon the gay Ferris wheel?

Back in 2003, according to Think Progress, Handel was a little more gay friendly. Or at least appeared so. The Log Cabin Republicans threw their support behind her because she appeared to think domestic partner benefits were not the work of Satan (LCR’s standards are not high). But no more!

In 2010 she told a local Georgia news station that she not only didn’t know any gay couples with children, but that she said that a same-sex couple raising a kid “is not the best household for a child.” When asked why she thought “gay parents aren’t as legitimate as heterosexual parents” she answered, “Because I don’t.”

But that was seven years ago! Surely she’s come around since then, right? Ha. No.

In June she was again asked about same-sex couples adopting and she said she still opposed it because of “her faith.”

“My faith at the same time calls me to be compassionate and what I have always believed is that what has to be paramount is what is the best interest of the child,” she told The Reporter Newspapers.

But what does that mean, “best interest of the child?” Surely Handel can be more specific?

Got it. The best interest of the child is some impossible to define thing that only “The Child Advocates” (which sounds like a group from the Handmaid’s Tale) can dictate.

Well, I’ll tell you what. I sure as hell am an advocate for my child, and I don’t take kindly to anyone claiming that my wife and I are unfit parents. I especially loathe the fact that Handel is joining the anti-LGBT scum that is creeping across D.C.

It’s hard not to feel hopeless. To look at the anti-LGBT backlash across the country and feel exhausted and want to give up. Or just ignore the news and watch nothing but RuPaul’s Drag Race (everything in moderation, dears). But then I look up and see a gay Ferris wheel shining in the night sky and my son in the back seat declaring that “today was one of the funnest days of my life.” And I know that love will win. It’s going to be a bumpy ride, and oh, it’s going to hurt sometimes. But love will win. 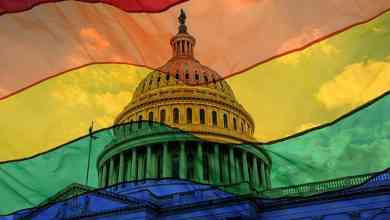 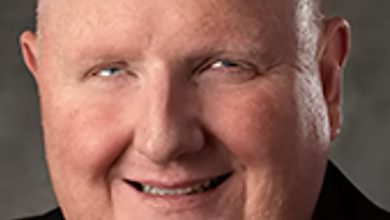