In response to recent stories of domestic abuse and murders, Danielle Hawkes, a partner of The Salt Lake Lawyers, a litigation firm that works in criminal, divorce and civil litigation in Utah, gives the low-down on why protective orders and stalking injunctions actually do work, especially if victims are vigilant and unashamed.

Please explain the steps to getting a protective/restraining order. For instance, does someone first have to contact a lawyer or could they walk into a courthouse and request one?

A lawyer is not necessary to obtain a protective order. Many of the courthouses have self-help centers that will assist someone in preparing and filing a protective order. The petitioner should take any evidence they have, including photos, witness statements, police reports, text messages, etc. to the courthouse and then fill out the forms with as much detail as they can remember (do not skimp on details).

If the court deems it necessary, the protective order will be issued the same day. The court will then send it out for service on the respondent. A hearing will be scheduled for two weeks later to determine if the PO should be made permanent. The petitioner can go to court with or without an attorney at that time. Oftentimes, there are attorneys at the court that can help that day if needed. Obviously, it is better to have your own attorney who knows the story well at that point. However, it is absolutely not necessary. The entire process can be done for free if needed.

Why do you believe so many people think that protective/restraining orders don’t work, are a waste of time, especially if they’ve never had one issued?

I think that people hear of one story where a protective order did not work and they believe that they never work. I wish that people could see partner abuse from my perspective. I see it every single day in many cases. I know that protective orders work well and I insist on them in cases of abuse. I have them in many of my cases and I know they keep my clients safe.

In the killings of Richelle Horsley and John Williams, why weren’t their orders served in a timely manner? The information gathered on Williams says he filed for a temporary restraining order on May 6, and then was killed May 22, 16 days later. And from what I understand the order hadn’t been served, why would it take so long?

This is really frustrating. Usually protective orders are served in a few days. It depends on a few things including how busy the officers are that are supposed to be serving the PO and also how easy the person is to find. Sometimes the person does not have a permanent place of residence or work. In those cases, they are hard to find. When I am on a case where someone is not being served, I keep close communication with the officers involved. I call them at least once a day to follow up. Or, in some cases, I’ll hire my own investigator or constable to find the person and serve them. In most cases, if they are hard to find but then show up near my client, the client calls the police and the police serve them right then. Any officer who arrives on the scene can serve the person. The recent cases in the news seemed to be extreme situations where nothing was going to stop the terror that the person sought to inflict. Ninety-nine percent of cases are awful, but not that out of control. It does not need to be that extreme to be considered abusive.

Do you think there’s a stigma in the court system regarding LGBTQ domestic/sexual abuse cases and why or why not?

No. In fact, in the last few years I have found the exact opposite in most courts, especially in Salt Lake City. In my experience, with only a few outlying exceptions, the courts are happy to help LGBT people. Professor Cliff Rosky and I have presented to nearly every judge in the Utah courts about LGBT issues and we were met with eagerness to learn by nearly all of the judges. I have found that the queer community has been so emotionally damaged by the legal system’s discrimination that it is difficult for them to trust the system now. Once I get my clients to trust that they can turn to the courts for help, they are often pleasantly surprised by how helpful judges have been.

Obviously, there are awful outlying issues, such as some judge’s refusal to grant gender changes. However, these cases are the exception now, not the rule. We must fight those cases, but we must also use the courts to our advantage when we can. We now have access to the courts for justice and we need to show queer people that it is safe to turn to these institutions for help.

One thing you didn’t ask about but I think prevents a lot of people from seeking help is the lack of understanding about abuse and the cycle of abuse. It is very complicated and involves shame, embarrassment, exhaustion, denial and confusion. When people are in a cycle of abuse, they often don’t know it. Or, if they do know it, they do not know where to turn. I hope queer people will become familiar with the resources that straight people have known about for years. There are many resources out there and queer people should feel comfortable to seek them out.

Also, I have had cases where the perpetrator is the one who gets the protective order to further isolate the victim. This is especially true where a victim has tried to fix the situation on their own by using force. In these cases, I strongly suggest hiring an attorney to get the couple separated and in a safe space to move through the legal process.

Hawkes received her law degree in 2010 from the University of Utah, S.J. Quinney College of Law. After graduating from law school she served a one-year fellowship in Washington, D.C. with Georgetown Law and the Law Students for Reproductive Justice working in women’s and immigrants’ rights with the National Latina Institute for Reproductive Health. She is currently a board member of the ACLU of Utah. Danielle frequently speaks regarding LGBT rights and legal strategies. In 2015 she spoke in front of approximately 200 Utah judges giving a legal update on LGBT issues at the Utah Judicial Institute. In 2016 she was named to Utah’s Legal Elite by Utah Business Magazine as well as a 2016 Mountain States Rising Star by Super Lawyers Magazine. 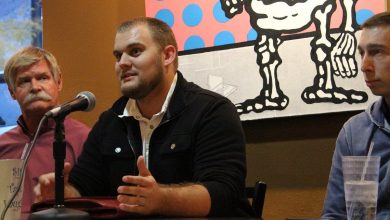 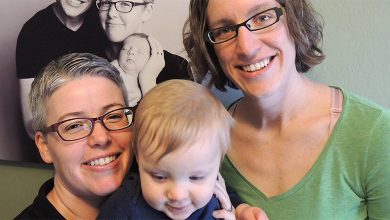 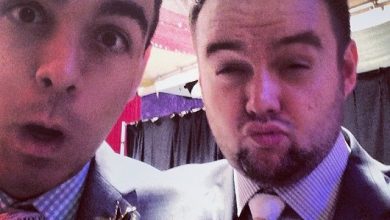