This morning, President Donald Trump tweeted: “After consultation with my Generals and military experts, please be advised that the United States Government will not accept or allow Transgender individuals to serve in any capacity in the U.S. Military. Our military must be focused on decisive and overwhelming victory and cannot be burdened with the tremendous medical costs and disruption that transgender in the military would entail. Thank you.”

An overwhelming outbreak of response demonizes Trump and his so-called experts.

“This is an outrageous and desperate action. The thousands of transgender service members serving on the front lines for this country deserve better than a commander-in-chief who rejects their basic humanity.

“Let us be clear. This has been studied extensively, and the consensus is clear: There are no cost or military readiness drawbacks associated with allowing trans people to fight for their country. The president is trying to score cheap political points on the backs of military personnel who have put their lives on the line for their country.

“There is no basis for turning trans people away from our military and the ACLU is examining all of our options on how to fight this. For any trans service member affected by today’s announcement: Please get in touch with us, because we want to hear from you.”

Human Rights Campaign President Chad Griffin wrote, “Today Donald Trump has proven himself as unpatriotic as he is unfit to serve as Commander in Chief. He has put a target on the backs of the more than 15,000 transgender troops proudly serving in our military.”

Locally, Equality Utah board member and former military service member Sarah Gene Hjalmarson said, ” We have always and will always serve with honor and integrity as do those who serve honorably at our side. Selfless service is dependent on nothing more or less than how I carry myself in uniform.”

Utah Sen. Orrin Hatch surprised many by countering the president.

“I don’t think we should be discriminating against anyone. Transgender people are people, and deserve the best we can do for them. I look forward to getting much more information and clarity from our military leaders about the policy the president tweeted today,” Hatch stated.

“Try and tell me again about how Transgender individual’s service in the military is a burden and is disruptive!” she said.

Restore Our Humanity’s Mark Lawrence stated, “Restore Our Humanity strongly opposes the recent announcement by the individual who holds the office of President of the United States, regarding banning transgender people from serving in the United States armed forces. This shows that Mr. Trump is easily being manipulated by and influenced by radical right wing fanatics, and it further proves that he is not fit for the office that he holds. We will not be silent while this individual destroys our nation.”

“This smacks of politics, pure and simple. The United States military already includes transgender individuals who protect our freedom day in and day out. Excommunicating transgender soldiers only weakens our readiness; it doesn’t strengthen it. The president’s statement this morning does a disservice to transgender military personnel and reintroduces the same hurtful stereotypes conjured when openly gay men and women were barred from service during the military’s ‘Don’t Ask, Don’t Tell’ era. As an organization that led the charge against that hateful policy, Log Cabin Republicans remains equally committed to standing up for transgender military personnel who put their lives on the line to keep us free.”

So. Utah man and estranged father offer support to homeless and struggling youth 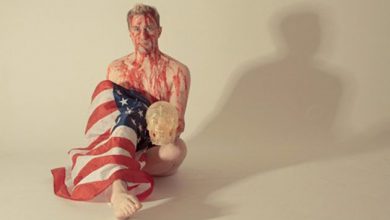 ‘I am Equal’ comes back to Salt Lake City