Science has yet to definitively declare a “gay gene” – probably because all those evil-gelicals would abort their gaybies left and right and all hell would break loose (hallelujah?) – but just because the argument for biological evidence that determines sexual orientation hasn’t been substantiated doesn’t mean it doesn’t exist. Barring the discovery of an actual genetic modification that predisposes people to being gay, studies have shown that homosexuality is a heritable trait. Nonetheless, the research as it stands now is still just a bunch of lab-coat mumbo jumbo caught up in a tornado of politics.

Personally, I believe I’m a higher form of evolution. Not just me, though, but all gay people. I look at our community as a whole and, well, we do just about everything better than those who are not inherently equipped to think above the status quo.

I’m not a kook, either. Rather, I’m skeptical of most oddball concepts – like psychics, paranormal activity, crop circles, and whoever convinced Bill Cosby it’s a good idea to launch a speaking tour about sexual assault. But I do earnestly believe that you and I are genetically superior to our heterosexual counterparts. Here’s why.

Since the earliest recorded history – about 97th-century BCE when Mesolithic rock in Sicily is said to depict male homosexual intercourse – gays have infiltrated and influenced all aspects of life, from art to government. We’re drawn to positions of power because we affect change more swiftly and more democratically than those seeking to rule, often iron-fistedly, simply to make up for their lack of anatomical endowment (which isn’t just conjecture, by the way; a study by the Kinsey Institute reported that gay guys typically have bigger dicks than straight guys) and we don’t have to look any further than our own current administration to see this time-honored tradition in practice. It stands to reason then that we have less to prove than straight men seeking power, who much of the time want to stifle progression, while we advocate on behalf of forging ahead, quite happy with what’s been bestowed between our legs. In the meantime, we may have already answered the age-old question: Does size matter? All the world’s conflicts started by cranky old straight men decidedly point to yes.

You can’t teach imagination or creativity; you’re either born with it or you aren’t. Certainly there’s a case to be made for the cultivation of our own capacities – which requires encouragement from those who raise us during our most vital developmental stages – but once we’re in tune with our own intelligence, we’re unstoppable. We corner the market on creative expression, from home design and culinary arts to science and movie making, and our insight is unrivaled because we won’t allow it to be muted, even when some around us demanded it growing up. The downside to this, of course, includes our rampant daddy issues (for some of us, least) – but let’s be honest, we make the most of that, too.

Before I wrote this column, I asked my friends why they thought gay people were a higher form of evolution. Mostly because I needed validation that my own ego wasn’t out of control. It is, mind you – everybody who knows me will tell you that – but in this case, I at least have comrades on my side. My buddy Jason provided his thoughts on this particular matter – why we seem to get “it” and ourselves more than straight people understand themselves and their place in this world.

“For thousands of years, we have been systematically oppressed and persecuted by every major religion and every government,” he said. “Attempts have been made to eradicate our kind for millennia, quite unsuccessfully. I believe we are feared most because we are, and always have been, the most powerful beings on this planet. We give you your culture, your beauty, your fashion, your art. We know no bounds, and exist in every corner of the earth, from your governments to your churches to your families, and all of your institutions. We cover every race, every gender and every class.”

In laymen’s terms, we’re here and we’re queer – and we will inherit this earth.

I use humor as a defense mechanism. Many of us do. But that’s because we were forced to find the happiness in an otherwise depressing situation. We’re made fun of, taunted, bullied, and put down everywhere we go – even today. But it’s because of that that we’re able to evaluate and identify our self-worth when nobody else will, and the sense of humor that evolves from that oppression is what makes us likeable, self-aware beings who can and will read another to filth just for kicks.

Straight women follow us around like tongues-out Frenchies, and straight men envy all the things we possess that they desperately want, like the devotion of those straight women. Whether they’ll admit it or not, heterosexuals envy us – and we should all sleep better accepting that as pseudo-scientific fact.

My beautiful lesbian friend Leslie laid this one out bare: “The strength one must possess to ‘come out’ as different from the norm is pretty much as powerful as one can be,” she said. “As humans we want to belong and be accepted by our tribe. It takes incredible strength and resilience to risk being literally abandoned by your tribe and surviving. It defies evolution as we know it, thus making us a whole new breed of fucking fabulous.”

Dr. James O’Keefe delivered a TED Talk at TEDxTallaght in Dublin last year, and he related a story that was covered by NewNowNext about how his own son came out 13 years ago. Initially, Dr. O’Keefe feared for his son’s safety and happiness, but then his own analytic abilities led him to surmise that his boy was going to be just fine – because gay people are goddamned remarkable.

“Viewed in the light of evolution, homosexuality seems to be a real self-defeating non-productive strategy,” O’Keefe told the audience at his TED talk. “Gays have 80 percent fewer kids than heterosexuals. This is a trait that ought to go extinct in a few generations, yet down through recorded history in every culture and many animal species as well, homosexuality has been a small but distinct subgroup. If this were a genetic error, natural selection should have long ago culled this from the gene pool.”

Dr. O’Keefe went on to discuss how everyone probably has gay genes in their DNA, but they only would have been activated as a means of survival, like stressful external circumstances while in the womb. You can watch his talk about how homos are motherfucking gods among men on YouTube; the talk is titled “Homosexuality: it’s about survival – not sex,” because that’s the truthiest truth there is. 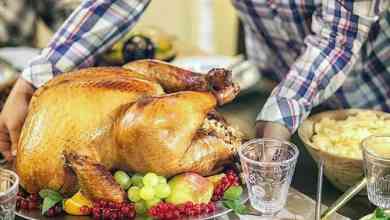 6 reasons to eat out this year for your holiday meals

Spring Into These Calorie-Burning Activities to Shed Your Winter Padding