Showtime knows what you want. And because you’re like us, you want – you have always wanted – more L Word. It was trashy, it was silly, it was like very few actual lesbians you know in real life, and it was glorious. Jennifer Beals knows this. So does Leisha Hailey and Kate Moennig. The three of them are working as producers on a revival of the series, currently in development at Showtime. Should it all go well and come to series – that’s what “in development” means, btw; it could all disintegrate over the course of a lunch gone wrong – the premise for now is that Bette, Alice and Shane would still be living in Los Angeles, surrounded by a pack of fresh lesbians. Or maybe more of the original cast will come back, too. Who knows. It’s all so very up in the air that it’s almost jinxing to talk about it. But Beals recently spoke to Entertainment Weekly about the project and she took the words out of our mouth: “We are needed.” Yes, they are. Start praying to the goddess, y’all.

Kevin Spacey is (and is not) Gore Vidal

Author and public intellectual Gore Vidal died in 2012, and his legacy – in the late 1960s, before Stonewall, he calmly and defiantly declared that his homosexuality was absolutely normal on a not-exactly-progressively-minded Mike Wallace news special titled, The Homosexuals – has been in need of a good solid biopic for some time. Now Netflix is shooting one now called Gore. Little is known about the production besides its director, Michael Hoffman (The Last Station), and its star, Kevin Spacey. But that star name is enough for now, because it raises some issues, not the least of which is the ongoing dance of denial Spacey has going with the press regarding his own sexuality. On the subject he’s tight-lipped, he’s playfully sarcastic, he’s antagonistic, he’s merely silent. He says what he wants, unless he doesn’t want to talk about it at all. And now, like Queen Latifah in Bessie, he’s playing a historical queer public figure while refusing to speak up about the absolutely normal. In the end, though, it’s the performance that counts in art, and Spacey will be great as Vidal because he’ll bring the author’s prickly, agitated intelligence to the part. Just don’t blame us for wanting a little more than that.

Barry Jenkins is going his own way

The temptation for a filmmaker feeling the first flush of success – let’s call that filmmaker Barry Jenkins, whose magnificent Moonlight won the Academy Award for Best Picture – is to take the next big paycheck. And in Hollywood, in 2017, the big paycheck often means joining the Marvel Cinematic Universe and, let’s keep it real here, stifling your own creative vision and fitting yourself into the one-handed you by a corporate entity. But Barry Jenkins has other ideas. His next move will be to adapt the 1974 James Baldwin novel, If Beale Street Could Talk. Set in Harlem, the story revolves around a young engaged couple, with the man falsely accused of rape. Baldwin, who was black, gay, and could never once be accused of going along to get along (see the incredible documentary about his life, I Am Not Your Negro, to learn more), would probably be very pleased to see his work adapted by the serious-minded Jenkins. And while we’d also be thrilled to see what he’d do with a superhero story, this feels just right.

Tony Kushner is writing a play about Donald Trump

In Tony Kushner’s acclaimed ’90s play Angels In America, there’s a scene in which the closeted politician Roy Cohn reacts to his AIDS diagnosis with an infamous monologue. In it, he declares that “Homosexuals are men who know nobody and who nobody knows.” Well, it turns out Roy Cohn and a younger Donald Trump were quite close in the 1980s, call the former a shark-like mentor to the latter, teaching him all the worst possible lessons of public life. And now it also just so happens that Kushner, the man who immortalized Cohn’s true legacy, is writing a play about the current sitting President of the United States. It has no title, and there are no details to share, but it’s happening, which means that we may yet see a definitive piece of art related to this person, one that is more substantive than a late-night talk show host’s impersonation or blistering response on Twitter, from a playwright who knows very well how to contextualize history at its most mind-boggling. Any why is he doing it?  Call it a writer’s challenge. The Daily Beast, quoting Kushner: “[Trump]’s the kind of person, as a writer, I tend to avoid as I think he is borderline psychotic. I definitely think that incoherence lends itself well to drama, but he really is very boring. It’s terrifying because he has all the power, but without the mental faculties he ought to have. I think he is seriously mentally ill, and the fact that he is in the White House is very frightening.”  We’ll wait, patiently.

‘Moonlight’ writer to make television debut on OWN 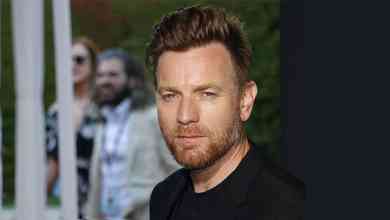