On July 26 at 8:55 a.m. Donald Trump tweeted: “After consultation with my Generals and military experts, please be advised that the United States Government will not accept or allow……”

For nine long minutes there was no followup tweet. In fact, some members of the Pentagon initially feared that Trump was about to declare war.

It turns out that Trump was declaring war, only it wasn’t on North Korea. It was on transgender troops right here in the United States.

He followed his initial tweet with two more that read,“….Transgender individuals to serve in any capacity in the U.S. Military. Our military must be focused on decisive and overwhelming victory and cannot be burdened with the tremendous medical costs and disruption that transgender in the military would entail. Thank you.”

Yes, he really ended the third tweet with “Thank you,” you know, like a Commander In Chief does when he’s singled out a vulnerable minority in his own country’s military and fired them, opening them up for scorn and ridicule.

Since this radical policy change we’ve seen many different responses to it. Everything from “the military spends more money on Viagra than it does on trans health care” to “Uh, we’re the generals and military experts and we weren’t told shit about this” to “Trump is a draft dodger who should be thankful there are people willing to volunteer for the armed forces.”

In fact, as of July 31, the Pentagon had received no formal guidance regarding trans troops, according to ABC News. And until that happens, well, nothing really happens.

So is Trump’s tweet just a meaningless temper tantrum? Hardly.

Note that President Obama lifted the ban on trans service members. Conservatives were not happy. The Family Research Council’s Tony Perkins, for example, lamented back in December that “feminists” and “the left” were emasculating the military’s culture “of manhood and masculinity.”

The right-wing demonization of transgender people has been unrelenting in the past few years. Having lost the battle against marriage equality, keeping trans folks out of public restrooms became the new right-wing obsession. And since they couldn’t keep gays and lesbians out of the military, they’ve moved the goal posts again and put trans troops in the crosshairs. And they see Trump as their political savior.

And Trump, who loves to be fawned over, is more than happy to sacrifice trans troops if it means that the religious right will stick by him and his total failure of a presidency.

As Alex Wagner pointed out in Slate, trans troops are already serving. Wagner warns that if Trump’s tweets become policy it would result in “a horrifying witch hunt”

“The military will be tasked to delve into the private lives of our armed forces to identify trans troops—who were, just a year ago, encouraged to serve openly,” Wagner writes. “Such a purge of transgender individuals from the ranks would represent an unprecedented attempt to socially engineer a military that is finally is open to all Americans who can meet its high standards.”

Imagine being a trans troop member, open and brave and serving your country. And the President of the United States publicly declares you an enemy.

Trump, of course, cannot meet and never has met the military’s high standards, or the high standards of the presidency, for that matter. He can’t even meet the most basic standards of human decency. Trump is a failure and a fraud. Lashing out against Americans who are dedicated to this country and willing to risk their lives for it, when Trump is neither, is beyond shameful. 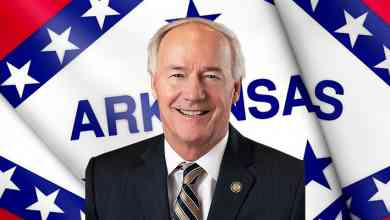 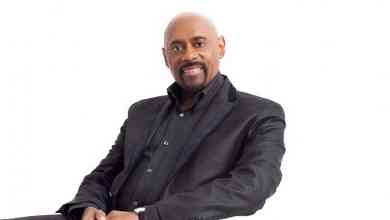