The National Center for Lesbian Rights and GLBTQ Legal Advocates & Defenders filed a suit, Doe v. Trump, in response to Donald Trump’s tweets calling for a full ban on transgender people serving in the United States military. The ACLU filed a separate lawsuit.

The five plaintiffs have served in the Air Force, the Coast Guard and the Army for a combined tenure of 60 years. A recent study suggests there are currently between 1,320 and 6,630 transgender individuals actively serving in the U.S. military.

The suit says the ban would violate Equal Protection and Due Process Clauses of the Fifth Amendment to the U.S. Constitution.

The president’s ban has not gone into effect as it was just a tweet and no guidelines from confirmed bachelor Secretary of Defense, James Matis have been issued.

Texas bathroom bill in the crapper

With push-back from business and activist organizations, the Texas “bathroom bill” has lost momentum with very little time left in a 30-day special legislative session. The law passed in the state senate. It has stalled in the house where it was not supported by Speaker of the House Joe Straus, (R-San Antonio). Corporations active in Texas that have opposed the measure include IBM, Amazon, Apple, Dell, Microsoft, Intel, Capital One, Ben & Jerry’s, Facebook, American Airlines, Southwest Airlines and United Airlines, as  well as more than 650 businesses, chambers of commerce, and convention and visitors bureaus and the Texas Association of Business.

Out Magazine columnist, Michael Musto has advised readers to drop friends who are openly Republican. “We drop friends all the time for a whole variety of reasons, so why do some people think it’s such an outlandish idea to dump them for their political views?” He explains, “The truth is, there is no law that ‘free speech’ means you have to keep a friend who promotes the Republican agenda any more than you have to keep someone who calls you a cow. Dropping Repubs (especially gay Repubs) from my guest list is a complete no-brainer, which makes my life more aromatic while also sending out the message that self-loathing isn’t going to be tolerated.”

Transgender students in New Jersey’s public schools were given new protection under a new law. The legislation requires the commissioner of education to assess “the needs” of transgender students and establish policies to “ensure a supportive and nondiscriminatory environment” for those students.

The U.S. Department of Justice, arguing the landmark Civil Rights Act of 1964 does not include sexual orientation, filed an amicus brief in a case where an out gay man was fired for telling a customer he is gay. The man contends the dismissal violated of the act’s Title VII, which prohibits employment discrimination. The DOJ file states, “The sole question here is whether, as a matter of law, Title VII reaches sexual-orientation discrimination. Any efforts to amend Title VII’s scope should be directed to Congress rather than the courts.”

In 2012, the Equal Employment Opportunity Commission ruled transgender people were covered by the provision, but there has been no clear ruling on whether LGBTQ people are afforded the same protections. The EEOC has said Title VII forbids discrimination based on sexual orientation, but court rulings have complicated the issue and the DOJ brief says the EEOC doesn’t “speak” for the United States.

The Associated Press reports that Noor Salman, the wife of Omar Mateen, the terrorist who killed 49 people at the nightclub Pulse in Florida last year, has been granted a waiver for her legal fees by a judge because she is considered broke, meaning that at least part of her fees will have to be covered by taxpayers. Earlier this year, she entered a not-guilty plea for obstruction and harboring a terrorist.

The Rainbow day camp in El Cerrito, in the San Francisco Bay Area, caters to transgender and “gender fluid’ children, ages 4 to 12, perhaps the only camp of its kind in the world open to preschoolers. Rainbow officials say the camp gives kids a safe, fun place to be themselves. The camp’s enrollment has tripled since it opened in 2015, and plans are underway to open a branch next summer in Colorado.

United Healthcare said it was changing its Truvada policy after it was revealed the company had denied the PrEP drug to a gay man because “the information you sent in shows you are using this medicine for high-risk homosexual behavior.”

After a social and news media barrage of negative coverage the company released a statement saying, “We apologize for the insensitive language appearing in the letter and regret any difficulty it caused. We have corrected our letters, removed the prior authorization requirement for Truvada and members can fill their prescription at the network pharmacy of their choice.” 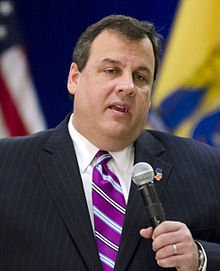 One-quarter of Americans with HIV have virus under control