Have you ticked off all the boxes on your super-gay summer checklist? Before you paste it into your scrapbook and start packing away the tanks and tanning oil, take a look at these last-minute activities to keep the final few weeks of lazy days fun and fancy free.

What started as a small party among a group of 40 to 50 friends in 1972, Southern Decadence has expanded over the ensuing decades into a cultural phenomenon recognized by the LGBT community worldwide. More than 200,000 revelers attended last year’s event (which boosted the City of New Orleans’ economy by $215 million; let’s hear it for the pink dollar!), and this year’s hyper-sexed Mardi Gras-like festivities over Labor Day weekend promise even more debauchery. You won’t miss a single beat with accommodations at the Hilton New Orleans Riverside and its “Experience New Orleans” package, which promises proximity to the high-spirited parade and a welcome package of masks and beads, King Cake martinis at Public Belt Lounge, “Revelry Recovery Breakfast” at Le Croissant, and complimentary access to the property’s 90,000-square-foot Health Club (where sinners and saints are welcome).

See indie gay film Beach Rats at a theater near you

Director Eliza Hittman’s second feature film, Beach Rats, premiered at this year’s Sundance Film Festival in January, and it’s been making its rounds on the festival circuit ever since. Holding firm with a solid, deserving 75-percent “fresh” rating on Rotten Tomatoes, Beach Rats focuses on one summer in the life of Frankie, whose volatile home life in Brooklyn, N.Y., finds him juggling time with his new girlfriend and the older men he’s meeting online. The film will release nationwide, however limitedly, on Aug. 25, which means there’s still time to round up all your Grindr hoes and reserve a row at a theater near you.

Adult summer camps have been trending for the past few summers, and they’re expanding in popularity every year by segmenting weekends to cater to specific demographics. Camp No Counselors – featured on Shark Tank, if you’re a fan of the show – is dipping its proverbial toe in the homo pond at its Los Angeles outpost this fall during its LGBTQ & Friends weekend, Oct. 6 to 9. Fill your days with memorable sleep-away camp activities from when you were a kid like hiking, biking, arts and crafts, zip-lining, volleyball and more, all while making new friends and even a couple lovers while basking in the amenities of an all-inclusive backwoods experience. A portion of the weekend’s proceeds (book now before it’s sold out) will benefit Camp Brave Trails, a Southern Cali leadership camp for LGBTQ youth.

Get wet and wild at P-Town’s Carnival Week

Provincetown, Massachusetts, is a must-visit annual summer destination for many LGBTs, but if you haven’t popped in for its weeklong Carnival, well, it’s time to elevate your amateur status. Nearly 90,000 visitors will make the pilgrimage to this year’s Gods and Goddesses-themed event to participate in life-parties, art fairs, a costume ball and more. If your proclivities lean a bit wetter and wilder, head to the Brass Key Guesthouse for its Poseidon’s Playground pool party, featuring DJ Andy Morris and porn-star special guest Trenton Ducati.

Show your true colors at a late-season Pride

Officially, June is Pride Month (even though a certain president refuses to recognize it as such), but the truth is, Pride is celebrated all year long, figuratively and literally. If you missed the major festivals earlier this summer, make up for it by visiting other areas of the country (or international destinations) that are eager to welcome you with all the sunshine and rainbows. To find events and festivals near you – or, even better, someplace to which you can plan an adventure – check out GayPrideCalendar.com. Upcoming celebrations include Charlotte Pride (Aug. 26 and 27), Pride Vermont (Sept. 11) and Dallas Pride (Sept. 16 and 17). 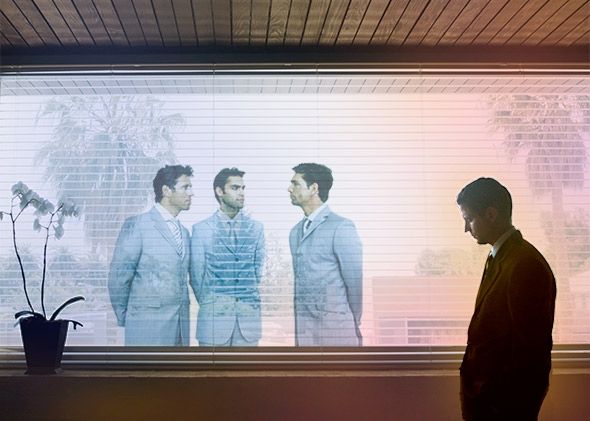