Energetic. Dynamic. Electrifying. These are just a few words to describe LGBT dance/pop musician Joey Suarez. A resident of San Antonio, Texas, Suarez spends most of his time juggling his multiple ventures which range from a brand new fashion line, Ravers Fantasy, to acting and of course his music.

Although his future is bright, the road he traveled had some dark moments. A family of 12 siblings, Suarez was an object of constant sexual abuse by his grandfather for six years in his own home.

This occurred shortly after his biological father was convicted of raping his two older sisters. “It’s sad to think about it, not only myself, but also most of my siblings have witnessed or experienced some sort of sexual abuse in our past,” Suarez states. “You’d think a family so large would grow distant in this type of situation, but we’re actually closer than most families because of it. It’s no mystery what has brought my abnormally large family so close together.”

Suarez was 15 years old when he first opened up about being abused and how it affected him during his childhood. “To my surprise, being able to speak out about this serious issue has helped heal my relationship with my mother, who at first did not agree with my gay lifestyle, believing it was residual of my abuse. It gave us a common ground of experience to build off of. In my mom’s words, she believes ‘God gave us the chance to heal one another.’”

These experiences would be enough to derail anyone’s dreams and ambitions, but instead, Suarez recalls more highs than lows in his childhood. “I was very fixated on the Arts, and as a child it was the rehearsals and performances that gave me refuge. It gave me the feeling of being ‘high’ on life or ‘high’ on music. In hindsight, I know it was the few times I felt safe.”

It was about that time that Suarez began to dabble in acting and professional modeling in Texas, Los Angeles and New York. “By the time I was 18, I had a beautiful portfolio which I was able to use to book modeling gigs in Los Angeles and New York.” Due to the social media success of these photoshoots Joey went on to work with Major clients like Sony, Marvel, Dreamworks, The Next Gay Thing, HorniUnderwear And TaniUSA.

Although modeling and acting play an important role in Suarez’s life, his heart lies in creating music. “I wrote my first song when I was six and have not heard the last of it from my family who to this day can still recite it.”

The first real song that Suarez remembers writing was composed shortly after experiencing the loss of his beloved grandmother, who passed away from stomach cancer. “The experience of watching such a beautiful, strong, Hispanic woman just crumble under her cancer was … heartbreaking. So I felt inspired to write a song called “Memories.” It talks about how we should remember each other for the love and memories we’ve created together. I know it’s how she would have wanted me to remember her rather than in a hospital. That’s truly when I began writing music.”

Today, he draws influence from his family, all of whom are blessed with a musical gift. As with most large families, they are very competitive, so each family member plays a different instrument as a means of limiting that rivalry. “By the time it fell to me to choose an instrument, the only thing left was singing. Which, for a Mormon child, means singing in the Mormon Tabernacle Choir. Unfortunately for the church my voice wasn’t meant to blend with others.”

To the surprise of his fans, Suarez is a classically-trained opera/choir singer. By the time he was 16, he had over 10 years of classical vocal training. “I was so sick of getting criticized in choirs for being ‘too loud’ or ‘not blending’ that I decided to try musical theatre. I fell in love. Suddenly all the constrictions and criticisms went out the window and I could freely explore my inner urges and talents.”

Suarez didn’t begin to explore pop music until he was 21 years old. Drawing from a wide range of musical influences including Linkin Park, Miley Cyrus and Daft Punk, he has crafted a style of music truly unique to what we hear currently on the radio. “Personally I think I learned to operate in crisis for too long. My music was driven by the secrecy of my abuse. Since I couldn’t talk to anyone about what I was experiencing, I bottled it up and expressed myself through music. More often than not I would ignore my school work, and focus solely on my music. I am sure it seemed impulsive and slightly odd to some people, but for me this was life. It was relief, and it fueled the person and artist I am today.”

And while most musicians tend to hide their sexuality at the beginning of their career for fear of rejection, Suarez consciously decided to flaunt it. “I lived a life of secrecy from a very young age. I was about 14 when I decided secrets weren’t worth it. From then on, I vowed never to lie and never to hide who I was from anyone and most of all myself.”

His first two singles, “High in the Sky” and “Love Me Back” have generated almost 130,000 streams collectively on Spotify. A feat not easy for an independent LGBT musician. He is currently in the studio writing and recording more songs that may become part of a larger project. However, Suarez mentions that the songwriting process is not easy. “It’s nothing short of self-mutilation and torture to one’s emotions.”

Once he finds a beat that makes him want to dance, he inserts whatever words that come to mind until he stumbles on a theme. “Themes are the toughest part, because it’s a moment where you have to be real about where the music is coming from. More often than not, I find myself in a dark place where repressed emotions exist. So I will use this chance to take the music’s beat and use it to help me reshape those images, or memories. As the music comes to life, the lyrics tend to morph from a negative perspective to a more positive one. For me this is a part of my healing process as an artist. By the time the song is done, I no longer feel pain and those memories now have a new meaning. Something positive or even inspiring.”

In recent months, Suarez has performed at New York City Pride as well as San Antonio Pride in his home state of Texas. He is scheduled to perform in Coming Out with Pride in Orlando this October. “Performing in NYC Pride for two years in a row was an absolute dream come true. As a member of the LGBT community, I find it important to stand up and speak out about what it means to be proud of who you are. I do this through my music. PRIDE has given life to my career by supporting and introducing me to a community that gives me confidence in who I am.” 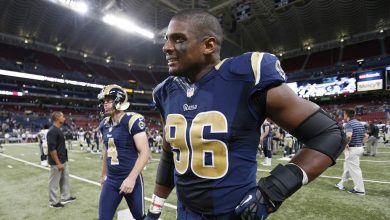 The Frivolist: The gay year in review: 7 hot topics that had us talking in 2014

Get SLAMmed by Plan-B