The Human Rights Campaign released the following statement on the Trump-Pence administration’s amicus brief in Masterpiece Cakeshop, Ltd. v. Colorado Civil Rights Commission, a case involving a baker who in 2012 refused to provide a wedding cake for a same-sex couple.

“Once again, the Trump-Pence administration has taken direct aim at our nation’s progress on LGBTQ equality, this time urging the Supreme Court to grant a potentially sweeping license to discriminate against same-sex couples,” said Sarah Warbelow, HRC’s Legal Director. “The discrimination endorsed by this administration in their [41-page] amicus brief is the same form of bigotry Mike Pence signed into law in Indiana in 2015 and for which he was swiftly rebuked by a national backlash among America’s businesses. If adopted by the court, the Trump-Pence administration’s arguments would threaten to gut many of our nation’s most sacred civil rights laws — not just for LGBTQ people, but also for women, people of color, religious minorities and Americans of all backgrounds.” Warbelow continued, “As has been the case throughout their eight months in office, Donald Trump, Mike Pence and Jeff Sessions are on the wrong side of both the law and history.”

Last year, the Colorado Supreme Court upheld a ruling by the Colorado Court of Appeals that bakery owner Jack Phillips cannot cite religious beliefs or free speech in order to discriminate against same-sex couples. The Supreme Court is set to hear oral arguments in the case this term. 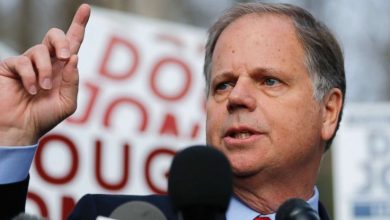