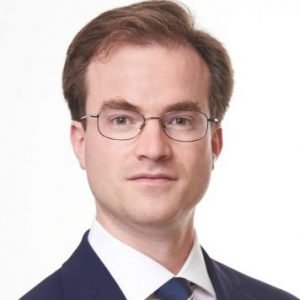 Last week, 28 LGBTQ groups signed a letter of opposition to President Trump’s nomination of Stephen S. Schwartz for a seat on the U.S. Court of Federal Claims (CFC). Schwartz, a D.C. attorney, has a history of supporting anti-LGBTQ — and especially anti-transgender — causes, including HB2, the discriminatory North Carolina law that attacked the rights of transgender people. He also worked for Cause of Action, a conservative organization funded by the Koch brothers, who have a history of funneling money to anti-LGBTQ extremist groups, according to the Human Rights Campaign.

Schwartz’s legal career includes the Gloucester County School Board in Virginia against Gavin Grimm, a transgender student who sued over being denied access to the boys’ restroom at his high school. “Schwartz’s brief legal career has been as an advocate for ultraconservative causes, opposing critical legal protections for women, transgender youth, immigrants, and people of color,” the Alliance for Justice, a national association of progressive groups supporting a fair and independent judiciary, reported on him.

The CFC is an Article I court that hears monetary claims against the federal government and judges are appointed for 15-year terms.

Alliance for Justice Legal Director, Dan Goldberg, told The Advocate: “Anyone who cares about equal rights, equal protection, a good environment, the rule of law, needs to care about who is sitting on these lower courts.” “At this moment more than any other, people have come to rely on the courts to check the excesses of the other branches of government. We can’t rely on the courts to protect us if we don’t protect the courts,” added Sharon McGowan, Lambda Legal’s director of strategy.

In part, the letter submitted to high-level members of the Senate Committee on the Judiciary, reads: In addition to his portfolio of anti-transgender advocacy, other aspects of Mr. Schwartz’s record call into question his ability to administer fair and impartial justice to historically marginalized groups who often must rely on the courts for vindication of their rights. While at Duncan Schaerr, Mr.
Schwartz assisted the firm with its defense of a voter identification law so blatantly discriminatory that the Fourth Circuit described it as “target[ing] African Americans with almost surgical precision.” Mr. Schwartz is also part of the litigation team defending various Louisiana laws restricting abortion access by, among other means, requiring every doctor who provides abortions to have admitting
privileges.

NGLTF analysis of race and the Prop 8 vote stirs controversy