Hurricane Harvey has wrecked havoc on Texas, especially Houston and the surrounding areas. Thankfully the hurricane has prompted people who’ve previously denied global warming to say, “You know what, maybe these scientists know a thing or two after all.”

One particular lesbian shoulders much of the blame: former Houston Mayor Annise Parker who served from 2010 to 2016.

I’m not sure why people are acting so surprised. She did say during all of her campaign appearances, “Elect me your Sapphic leader and I shall summon the moon to sync the menstrual cycles of all Houston womyn and the ocean shall rise up until the tides cover the dirt and we shall call this new mermaid city Swamp Ophelia.”

And so there are some people who are like, “God did this to teach those homo-lovers in Houston a lesson!”

There’s Ann Coulter, the human manifestation of a hermit crab who gets loose in the house and dies in a heating duct that no mortal can reach. On Aug. 28, she said via Twitter, “I don’t believe Hurricane Harvey is God’s punishment for Houston electing a lesbian mayor. But that is more credible than ‘climate change.’”

And then there’s Dave Daubenmire who calls himself “Coach Dave” because he loves Jesus and football. He’s also complained in the past of being “sodomized by the left” and declared that America needs “a more violent Christianity.”

During Daubenmire’s “Pass The Salt Live” webcast on Aug. 29 he addressed Houston directly.

“Houston, we got a problem here,” he says. “Could some of the problems be the result of the judgment of God coming your way because of the slaughter of unborn children? You had a lesbian mayor who wanted to look at the prayers of pastors in their churches. It’s a debauchery.”

What’s this about looking at “prayers of pastors?” While Daubenmire and other “religious freedom” advocates would like you to believe that Parker was infringing on the free speech of Christians, that is not the case. The truth is actually much more boring and has to do with overly broad subpoenas in a lawsuit over HERO, the Houston Equal Rights Ordinance, something the pastors in question fought very hard. The subpoenas were later narrowed in scope making the whole thing moot except to religious freedom conspiracy theorists like Daubenmire.

“People tell me that Houston, Texas, is one of the darkest cities in America,” Daubenmire continues. “Isn’t it amazing, Katrina slammed New Orleans — we know about voodoo and the darkness in New Orleans. Then it moved right down the coast to Houston, Texas which isn’t far away, five hours right down along the Gulf of Mexico. Boom, here it comes, now it’s underwater.”

Surely calling Houston and New Orleans “dark” cities is simply a reference to some kind of sinister energy has nothing to do with the fact that a lot of brown and black people live there. So don’t try to sodomize Daubenmire with your racist accusations, leftists.

“Water is a sign of judgment and cleansing,” he continues. “Is now not the time for the voice of the church to rise up and declare, ‘Let’s stop killing the babies!’”

As far as the “voice of the church” demanding the end of abortion, it’s not like conservative Christians have been in any way shy about their disapproval of reproductive rights. Maybe Daubenmire is hoping for some of that “more violent” Christianity at work.

Daubenmire then says, “I don’t want this to appear to be judgmental, but I don’t know what else to do!”

Well, you just blamed a flood on lesbians and people who have abortions. So it’s kinda late to worry about seeming judgmental. But if you’re looking for feedback, you also seem hateful and mentally unstable, like you might be a danger to yourself or others. Hope that helps. 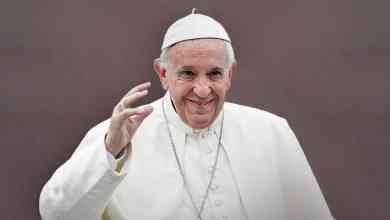