Rainbow banners abound on the corner of North Temple and State Street at the “Gayest Bake Salt Ever” in response to the LDS Church signing on to a Colorado cast in support of a baker who wants to deny wedding cakes to same-sex couples. The event goes through 7:30 p.m.

Join us this coming Monday, September 18th, 2017 at City Creek Park (the corner of State Street and 2nd Avenue), for The Gayest Bake Sale in all of Salt Lake City. The event begins at 5PM and goes until 7:30 PM, providing a slew of baked goods donated from local bakeries and given out in exchange for donations. All donations raised will go to support programs for at-risk queer youth. This action is in response to the LDS Church and local state senators (22 out of 24 Republicans) who have signed on to friend-of-the-court briefs in support of the Colorado bakery who refused to make a cake for a same-sex wedding. The event is less a response to the case and more to the Church, once again, choosing to involve themselves in law making activities that affect the LGBTQIA+ community–as well as exerting their influence on local government to do the same.

“The Church always seems to show up whenever gay rights are on the table,” co-organizer Kat Kellermeyer says. “They’ve had dozens of legal opportunities to show up for ‘the family’–protecting immigrant rights, DACA recipients, speaking up for healthcare–but, even historically, they’ve shown they’re only interested in legally turning up when it comes to LGBTQIA+ rights, and it is always on the side against us.” The organizers say the timing of this action taken by the church is particularly damaging considering mere weeks ago the church threw in their support for the LoveLoud Festival, an event organized to support and raise awareness of LGBTQIA+ youth suicide risk and encourage creating a community of love and support.

“Do I really think having this bake sale will change the policies within the LDS church?” asks former LDS missionary and co-organizer Hillary McDaniel. “The answer is ‘no.’ To me it is more important to have queer youth and their families seeing people standing up to this massive entity and saying, ‘No, queer lives are valuable and we deserve to be loved and appreciated.’” Organizers also want to see the event used as an opportunity for community education and spreading information about volunteer opportunities and resources for queer youth and their families.

Since 2008 Utah’s leading cause of teen death is suicide, a time coinciding with the LDS Church’s push for Proposition 8 in California. Organizers feel there is a direct link between the actions of the LDS church against the LGBTQIA+ community and the high suicide rates.

All money raised by the bake sale will go to the Utah Pride Center, specifically to fund the Pride Center’s “LGBTQ+ Youth Survivors of Suicide Support Group.” ​This is a group that will be launching soon whose specific purpose is to provide support and community for young folks (ages 16–20) who have attempted suicide. For those unable to donate, organizers still encourage you to come and have a treat at no-cost to show support and learn more about volunteer opportunities to uplift and support local queer youth.

“Mostly,” says McDaniel, “We just want everyone to have a lot of fun and come away having learned something and wanting to get involved.” 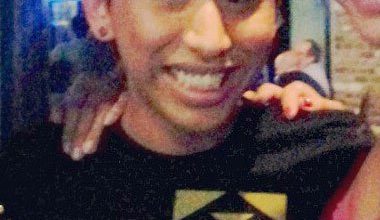