Next month our family is attending the wedding of our friends Robert Moody and Glen Hoen. It’s actually our first “gay” wedding – our own notwithstanding, of course. And when I say our family, I don’t just mean Kelly, the boys and me; my mom and sister are attending too.  Here’s the twist: my mom has been to more gay weddings than I have. Robert and Glen’s big fat gay wedding won’t be Mom’s first rodeo. I think that’s both hilarious and very cool.

My mom probably wouldn’t consider herself an ally. She’d simply say that she likes Robert, she wants him to be happy, and she’ll be at the wedding to support him. It doesn’t matter to her whom he chooses to marry.

And that, dear readers, is the definition of an ally. In my opinion, it’s everyday allies like my mom, who truly effect change.

Now I understand that not everybody is lucky enough to have a mom traipsing off to one gay couple’s wedding after another. I also realize that not everyone is lucky enough to have a family that accepts and loves the person with whom they’ve chosen to spend the rest of their lives. I’m incredibly lucky in that matter. Hell, my cousin Yvonne freely admits that Kelly is her favorite cousin!

An octogenarian grandmother’s attendance at more same-gender weddings than her gay son is a clear sign that allies have helped to push society’s overall acceptance of LGBT people and our relationships into the norm. Certainly there are people who would never go to a wedding of two guys. But day by day they become the minority.

Interestingly, about 20 years ago, I got into an email scuffle with a friend of a friend. He was calling on all LGBT people to boycott straight weddings. His hypothesis was that by not attending our straight family and friends’ weddings, we would force them to end marriage inequality. The idea was just ridiculous to me. I explained how our best friends, Sabine and John, did more to advance equality than a lot gay people I knew. Hell, John even boycotted the wedding of a mutual friend when he learned Kelly and I had explicitly not been invited.

Look, nothing changes for any group of people without the express help of allies. Their ongoing support transforms once radical change into the everyday norm, which is why I was so happy to hear my sons ask if they could attend Robert and Glen’s wedding. Usually they whine about having to go to an event with us.

It will be the first “gay” wedding they remember. They were both at our second wedding – it took us a couple of times for it to stick legally – but they were too young to do anything more than toss pebbles at our feet. Gus was also at our first wedding. In fact his presence in my arms caused dozens of news cameras to zoom in on us as we descended the grand staircase in San Francisco’s City Hall.

I’m excited for Robert and Glen, and can’t wait to be a small part in whatever the future holds for them. I’m happy to see them so happy. But I’m also proud. I’m proud of them for taking a “screw them if they don’t like it” attitude. I’m proud of their families and friends for standing with them. I’m proud of my mom, sister and my boys for wanting to celebrate the guys’ love. But most of all, I’m proud to know that thanks to the support of all these people, one day it’ll just be plain Robert and Glen’s big fat wedding.

Of houses and homes 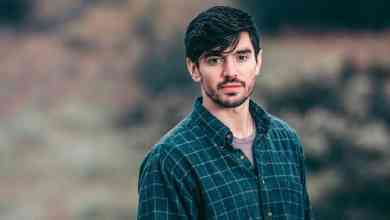 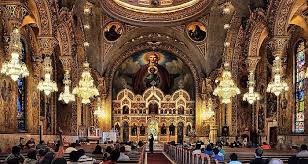