The road to Wendover is fraught with danger and excitement.

The first Big Gay Fun Bus to Wendover of the season is quickly approaching on Oct. 21. Do you have your ticket yet? I’m so excited for the 2017-18 season to begin. As many of you know, for the past several years I help co-host the event. I have had so much fun doing this over the years and I really look forward to it every time.

Bingo on the bus and Third Friday Bingo have always been a sideline for me. I’ve always worked a real job that pays a salary and then in my spare time work on the bingo for charity fundraising activities. But after my auto accident two years ago, I was no longer able to physically perform my job of delivering machine parts in the western United States. Suddenly I found myself with no source of income, so I thought to myself, Petunia, you enjoy co-hosting the Big Gay Fun Bus, why not get a job where you can get paid actual money for doing the same thing? So I got a job as a bingo host on the fun buses for “Muggles” that go to Wendover five times a day.

It was apparent from the very beginning that these buses of Muggles would be very different than The Big Gay Fun Bus that I am used to.  First of all, English is not the first language for at least 75 percent of the riders. The median age looks to be about 70. And the cargo hold is typically filled with walkers, canes, and wheelchairs. So, one time I found myself in Wendover at 4 a.m. trying to herd a bunch of drunk, foreign-speaking, handicapped Muggles onto a bus. Once on board, I began with all my usual jokes and stories which, due to language, culture, and age barriers, went over like a loud fart in the Celestial Room of the Temple.

One particular Friday, as the bus was loading in Salt Lake, the air conditioning was not working and the Muggles were getting restless. Now, I know that queens don’t sweat, but by God, on a bus in 100-degree heat with 54 grouchy international senior citizens all nagging me (I’m sure that at least one of them put a curse on me), I was streaming buckets.

Thank goodness my princess training taught me to carry a large purse in which luckily I have my personal necklace fan. It saved my life. When we reached the weigh station just east of Wendover, the UDOT officers signaled that the bus needed to be inspected. So we finished driving into Wendover and unloaded the passengers at the casino, and then the bus driver took the bus back to the weigh station for inspection.

Meanwhile, at the casino, I was approached by David, a very handsome 30-something guy who spoke with a British accent. Few things make me weaker in the knees than a stud with a British accent. It didn’t help matters that he was wearing a tank top and short shorts, and had all the right muscles in all the right places. David explained to me that he was walking across the United States to promote and earn money for Prince Harry’s Invictus Games, for wounded war veterans. He explained that it had taken him 17 days to cross Nevada, due to the heat, and that many people had warned him not to hike across the Salt Flats or he would end up as buzzard bait. He then asked if he could buy a ticket to ride the bus to Salt Lake. Smitten, I immediately answered yes. I would’ve thrown a Chinese grandma off the bus to make room for him if necessary.

Dispatch called me and informed me that the bus did not pass inspection, and was waiting for a repair team from Salt Lake to come out and fix the problem. They were also going to send a separate rescue bus to pick up the passengers and return us to Salt Lake. The only problem was that the passengers had left their personal items on the other bus.

So, it was arranged that the rescue bus, after loading the passengers would stop at the weigh station, and the drivers and I would collect the personal possessions. The process took about 20 minutes to sort through all the stuff. Just as we were about to depart, the rescue bus stopped running. SHIT! I was not in the mood. What would British Dave think of us Utah hicks.

Just then, the repair team from the first bus had finished the repairs. So we transferred the passengers back to the initial bus. I made sure British Dave sat toward the front of the bus. Most of the trip back, for British Dave’s benefit, I kept up a tour guide’s monologue about Lake Bonneville, the Salt Flats, the Great Salt Lake, the Donner Party and how pretty British Dave’s biceps were.

After all the frustrations of the day, I decided if I was going to continue working the Muggle buses I would end up not enjoying the Big Gay Fun Bus anymore, so I turned in my notice and that was my final Muggle bus trip.

These and other eternal questions shall be answered in future chapters of The Perils of Petunia Pap Smear.

The tale of almost burning down Utah State

The tale of shrinkage 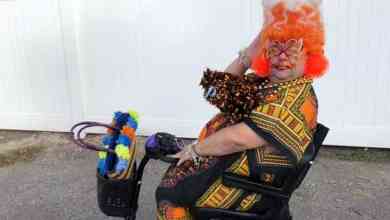 The tale of a Missionary Man