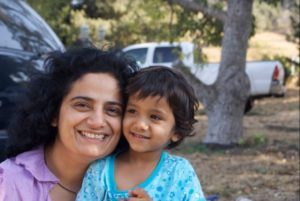 To understand why kids with same-sex parents aren’t different from other kids, we must first look back at history. In 1960, over 70 percent of the children in the U.S. lived in a traditional household which was considered to be made up of a mother and father in their first marriage. A lot has changed in the last 57 years. That figure has dropped to below half of the families in this country.

Why is this so? Well, divorce rates are up, there are more single-parent families and a lot more same-sex parents. It’s difficult to estimate how many same-sex parents there are because of fear for safety and of discrimination. One thing’s for certain: the nuclear family is no longer the modern family. According to a 2010 study by Stanford researcher Michael Rosenfeld of census data on school advancement, kids with same-sex parents fare no worse than those of opposite-sex parents.

Which issues face both kids with same-sex and opposite-sex parents?

Establishing Solid Role Models for Children: Gender roles according to society are no longer the norm. A strong family doesn’t have to consist of a male breadwinner and a female homemaker who watches the children. To be role model figures for their children, parents should demonstrate proper morals and behavior that they would want their kids to emulate. This includes being good human beings, honest, respectful, supportive and loving. That’s what matters most.

Saving Money for College Tuition: With less middle class jobs (and blue collar jobs) available due to advancing technology, it’s becoming almost mandatory to have a college degree for even retail and entry level positions. Attending an instate college can cost $25,000 a semester (or $200,000 for four years).

Addiction: Substance abuse has been on the rise among children ages 12 and older. Substance abuse isn’t limited to illicit drugs like heroin and cocaine but also prescription medication and alcohol. This makes it even more important for parents to communicate and educate their kids about substance abuse prevention. Though these children may lead happy, fulfilling lives, this does not mean they don’t face added challenges that wouldn’t appear to their counterparts with heterosexual parents.

Discrimination: Bullying exists in all schools and it’s difficult to combat. Children of same-sex parents will face the stigma of having two parents of the same gender. It’s unfortunate but it will pass. The key is that these children need to know that their parents love them no matter what.

Having More Than Two Parents: There are some families with same-sex parents that have more than two adults as parents. This may be the case if there was a sperm donor and the parents choose to keep the sperm or egg donor as part of the family. More common is when a heterosexual couple separates after the child is born and one of the parents identifies as gay or lesbian. There’s nothing wrong with having more than two parents, but it’s important to establish how involved everyone will be with the children’s development.

Even though children of same-sex parents may face different challenges, they can still receive the same love and support that children with heterosexual parents receive. According to a study from the American Psychological Association, there is no scientific evidence to show that being an effective parent is related to the parent’s sexual orientation.

In fact, same-sex parents “tend to be more motivated, more committed than heterosexual parents on average because they chose to be parents,” according to Abbie Goldberg, a psychologist at Clark University in Massachusetts, who’s researched gay and lesbian parenting. This in turn can even lead to kids with same-sex parents being in better physical health and social well-being.

What does this all show? It shouldn’t matter who a child’s parents are because love is love.

‘Stop the car!’ Fall is time for planting

A Session of Misunderstanding