From a hilariously new gay doll Instagram to the blitz of award-worthy films slated for release, there’s plenty to love about the pumpkin-spiciest season of all. Here’s what to pay attention to this fall.

Since the The L.A. Basics Instagram account arrived on Aug. 25 with its first tongue-in-cheek post parodying SoCal scene queens while backhandedly reading them for filth (it applies to homos everywhere though; that’s the real beauty of it), it’s garnered nearly 40,000 followers at press time and climbing. While you’ll get a kick out of the creator’s irreverent observations regarding our community’s holy commitment to Sunday Fundays and passion for “frose” – among dozens of other gay clichés – there’s one over-arching question I ask myself every time I peep a new post: Why does this remind me of Colton Haynes? Judge for yourself @the_la_basics on IG.

September is National Suicide Prevention Month, the annual campaign for which will be wrapping up by the time you read this. Mental health issues, depression, and our own dedication to providing support and resources to those in our lives who may need it, however, should not be confined to a month of promoted awareness. If someone in your life is exhibiting signs that may require professional help or medical intervention, call the National Suicide Prevention Lifeline at 1-800-273-8255 or visit suicidepreventionlifeline.org. If you’re personally having trouble coping, dealing with your emotions or any other of life’s problems, rest assured that you are not alone, someone is available to listen, and someone will help you. You belong here.

Season nine of seminal LGBT sitcom Will & Grace returns to the NBC Thursday night lineup at 9/8c Sept. 28, and we’re eagerly awaiting to see what the codependent pals are up to 11 years after they left us. The series will be retconned to eliminate the eponymous characters’ children who were introduced in the 2006 finale, which is really neither here nor there because we’re only coming back for Jack and Karen anyway.

If you’re a fan of gay Christmas a.k.a. Halloween, you’ve probably had this year’s getup locked down for months. If you still need inspiration for a look that’s both bag-of-dicks queer with a touch of topicality – like “Closet-Case Trump Bro” or “Viral Hula-Hooper” – keep an eye out for my annual Gayest Halloween Costumes roundup coming soon to an LGBT publication near you.

Picnic lunches at local farms. Bonfires in the backyard. Naked cuddles and binge sessions of Stranger Things season two (available on Netflix Oct. 27). These are just some of the fall activities I’m looking forward to with my boo.

Whether you’ve been out and proud for years – or you’ve just recently worked up the courage to reveal your truth – we all stand together in solidarity and support on National Coming Out Day, Oct. 11. No pressure though. Only you know when the time is right, and there’s nothing wrong with concealing your sexual orientation if that’s what’s best for you. Your journey is yours and yours alone. No judgment.

Film studios hoping for Oscar gold save their most promising films for end-of-year release, and this year’s buzzed-about contenders include several LGBT-sensible flicks, including Battle of the Sexes, about out tennis pro Billie Jean King’s wild-ride tennis match against loud-mouthed hustler Bobby Riggs; Call Me By Your Name (Nov. 24), starring Armie Hammer as a 24-year-old Jewish-American scholar who falls for a 17-year-old boy in 1980s Italy (a movie that skeeze ball James Woods will not be seeing, by the way); and God’s Own Country, a British film that has drawn comparison to Brokeback Mountain, but hasn’t yet received distribution in the United States. 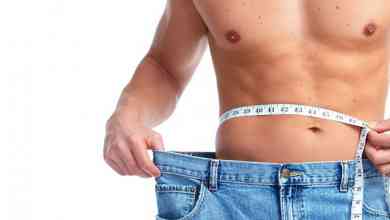 The Frivolist: 4 Reasons Why Banning Bachelorette Parties from Gay Bars is Wrong