Changing views on acceptance of homosexuality

Most Americans now say it is not necessary to believe in God to be moral and have good values; this is the first time a majority has expressed this view in a measure dating back to 2002. While Republicans’ views have held steady, an increasing share of Democrats say belief in God is not necessary in order to be a moral person.

When it comes to religion and morality, 56% of Americans say that belief in God is not necessary to be moral and have good values; 42% say it is necessary. The share of the public that says belief in God is not morally necessary has edged higher over the past six years from 49%. This shift in attitudes has been accompanied by a rise in the share of Americans who do not identify with any organized religion.

Republicans are roughly divided over this view — 50% say yes, 47% say no — little changed over the 15 years since the Center first asked the question. About 64% of Democrats and Democratic leaners say being moral and having good values is not wholly tied to the belief in God, up from 51% in 2011.

Seventy-0ne percent of black Protestants, and 65% of white evangelical Protestants, say it is necessary to believe in God to be a moral person. But the balance of opinion is reversed among white mainline Protestants: By 63 to 34%. Among Catholics, 61% of Hispanics think belief in God is necessary, while 57% of white Catholics do not. An overwhelming 85% of religiously unaffiliated Americans say it is not necessary to believe in God to be moral.

Anti-bias law will be introduced in Congress 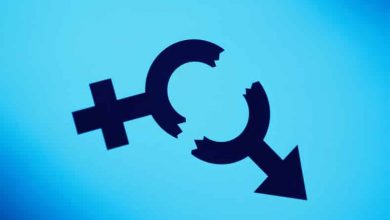