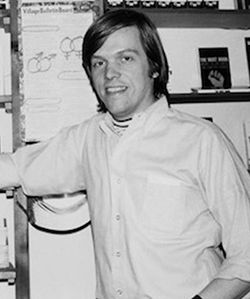 “There was no one thing that happened or one person. There was just … mass anger.”

Craig Rodwell was a Gay Pioneer and the father of the New York Pride Parade.

Craig Rodwell was a Gay Pioneer and the leading New York activist of the 1960s. He founded the Oscar Wilde Memorial Bookshop, the nation’s first gay bookstore, and the New York Pride Parade.

Born in Chicago, Rodwell attended an all-male Christian Science boarding school, where he experimented with same-sex relationships. After graduating from a public high school, he accepted a scholarship in 1958 to the American Ballet School in New York City. In New York he volunteered for The Mattachine Society, one of the nation’s first gay organizations.

In 1962 Rodwell developed a relationship with Harvey Milk. It was his first serious romance.

In 1964 Rodwell protested against the exclusion of gays from the military. It was the first gay rights demonstration in New York City. The same year, he and fellow Gay Pioneer Frank Kameny conceived the first organized public demonstrations for gay and lesbian equality. Known as Annual Reminders, the protests took place in Philadelphia each Fourth of July from 1965 to 1969 in front of Independence Hall. Demonstrators participated from Philadelphia, New York and Washington.

During those seminal years, Rodwell was involved in numerous gay rights organizations. He was an early member of East Coast Homophile Organizations (ECHO) and started the Homophile Youth Movement in Neighborhoods, which held rallies and published the periodical HYMNAL.

In 1965 Rodwell led a protest at the United Nations Plaza against the detention of gay Cubans in work camps. The following year, he participated in a “sip in” at Julius, a gay bar in Greenwich Village, to protest a State Liquor Authority rule prohibiting homosexuals from congregating in places that served alcohol. Continuing protests ended the rule in New York State.

Rodwell opened the Oscar Wilde Memorial Bookshop in 1967. Located in the heart of Greenwich Village, it became a mecca for gay activists.

In 1969 Rodwell took part in the Stonewall Rebellion and was the first to shout “Gay Power!” At an ECHO meeting thereafter, he proposed a resolution to suspend the Annual Reminders in favor of an event commemorating the anniversary of Stonewall. Rodwell, Frank Kameny, Barbara Gittings and other pioneering activists organized a march. Held on June 28, 1970, it is remembered as the first New York Gay Pride Parade.

Rodwell remained a consequential figure in the gay liberation movement of the ’70s and ’80s. He was honored with the Lambda Literary Award for Publisher’s Service in 1992. He sold his bookstore the following year. It remained open until 2009. 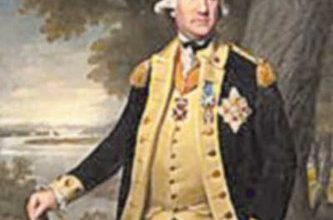