“For many members of The Church of Jesus Christ of Latter-day Saints, missionary service is a significant milestone in their lifelong spiritual growth. Church leaders desire that this sacred time of service be a joyous and faith-building experience for every missionary, from young men and women to senior couples. With this goal in mind, it is imperative that each missionary be appropriately prepared, worthy, and healthy.”

Mormon bishops will now be required to use a series of questions, 16 to be exact, to be answered in depth by potential missionaries. The questions require incredibly personal details of the person’s life, including physical, mental and emotional conditions — notably anxiety,  depression, dyslexia, speech disorders, attention deficit disorder, autism/Asperger’s, obsessive compulsive disorder and attention deficit hyperactivity disorder; as well as unpaid debts and steps to rectify; crimes (including child sexual abuse) whether charged, dropped or expunged; party to legal actions; and abuse of prescription medications.

One specific, layered question asks: Full-time missionary service requires living gospel standards. What do you understand about the following standards?

The law of tithing

Being honest in all you say and do

These standards are detailed in the accompanying appendix of the standardized document. Highlights include:

“A person who has been guilty of adultery, fornication, heavy petting, homosexual activity, other sexual perversions, serious violation of civil law, or other serious transgressions must repent before he or she may be recommended for missionary service. A prospective missionary must also overcome any addictions before being considered for missionary service. “Mere confession and refraining from a sin for a period of time do not on their own constitute repentance. There must also be evidence of a broken heart, a contrite spirit, and a lasting change of behavior …”

“A person who has been promiscuous with several partners or with one partner over an extended period of time in a relationship outside of marriage will not be considered for missionary service. Stake presidents and bishops help these individuals repent and provide them with other meaningful ways to serve the Lord.”

“[Before marriage,] do not participate in passionate kissing, lie with or on top of another person, or touch the private, sacred parts of another person’s body, with or without clothing. Do not allow anyone to do such things with you.”

“Like other violations of the law of chastity, homosexual activity is a serious sin. It is contrary to the purposes of human sexuality (see Romans 1:24–32). It distorts loving relationships and prevents people from receiving the blessings that can be found in family life and the saving ordinances of the gospel.”

“Be honest with yourself, others, and God at all times. Being honest means choosing not to lie, steal, cheat, or deceive in any way.

One other question posed that will likely affect LGBT Mormons, in particular, who want to serve a mission:
Do you support, affiliate with, or agree with any group or individual whose teachings or practices are contrary to or oppose those accepted by The Church of Jesus Christ of Latter-day Saints? 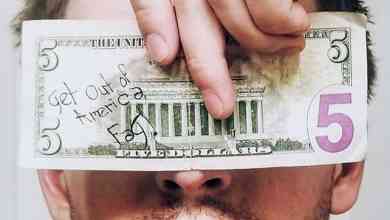 Ogden waiter receives tip with ‘Get Out of America, Fag!’ written on it