As a medical clinic providing health care to about 3000 transgender and gender nonconforming patients, it has become apparent that discrimination is still rampant. We fight daily with insurance companies trying to get preventive services covered as pap smears, mammograms, PrEP or contraceptive options, besides surgical reassignment surgery.  On the government website for the Marketplace health insurance (sign up before December 15.)  the following can be found;

Marketplace health plans must cover a set of preventive services — like shots and screening tests — at no cost to you when delivered by a doctor or other provider within your plan’s network.

Your health insurance company can’t limit sex-specific recommended preventive services based on your sex assigned at birth, gender identity, or recorded gender — for example, a transgender man who has residual breast tissue or an intact cervix getting a mammogram or pap smear.

If your doctor determines that the preventive service is medically appropriate for you and you meet the criteria for this recommendation and coverage requirements, your plan must cover the service without charging you a copayment or coinsurance, even if you haven’t met your yearly deductible.”

For example, we fought for over a year with PEHP to have a surgery covered for a transgender patient that was medically necessary for other causes than “gender dysphoria.” In the end they decided it was “not medically necessary” and therefore denied. The patient ended up with a large bill and the surgeon did not receive payment. This was after three appeals and a conference call with a medical director and a “non-peer reviewer;” they had 3 peer reviewers review the case and ultimately decided to deny it.

Another patient had his gender reassignment surgery approved and made arrangements to travel out of state. He went in debt to be able to pay for travel and found out the day prior to his surgery that it was denied and canceled and committed suicide the day after. This happened in 2016 and it hit us hard. The patient was a good friend and advocate for the transgender community.

Another patient got his gender reassignment surgery denied just last week, for the second year in a row, while all criteria necessary for approval were met. To appeal this again with a mandatory 10–14 day waiting period will likely push the surgery into 2018 with a new deductible.

Yet another patient told us last week his top surgery (chest masculinization surgery) was denied, after he had been on testosterone for over 8 years, lived as a man for 8 years and had his name and gender marker changed to male for eight years, by an insurance plan that is supposed to be “trans inclusive.”

The WPATH (World Professional Association for Transgender Health) is an international, interdisciplinary, professional association devoted to the understanding and treatment of individuals with Gender Dysphoria. They provide the “Standards of Care” guidelines for treatment (psychological, medical and surgical) of Gender Dysphoria for transgender and gender nonconforming individuals. The WPATH published a position statement on Medical Necessity of Treatment, sex Reassignment, and Insurance Coverage in the USA on December 21, 2016:

WPATH states that based on clinical and peer reviewed evidence that gender affirming/confirming treatments and surgical procedures, properly indicated and performed as provided by the Standards of Care, have proven to be beneficial and effective in the treatment of individuals with transsexualism or gender dysphoria. Gender affirming/confirming surgery, also known as sex reassignment surgery, plays an undisputed role in contributing toward favorable outcomes. Treatment includes legal name and sex or gender change on identity documents, as well as medically necessary hormone treatment, counseling, psychotherapy, and other medical procedures required to effectively treat an individual’s gender dysphoria. No surgery should be a prerequisite for identity documentation or record changes; changes to documentation so that identity documents reflect the individual’s current lived expression and experience are crucial aids to social functioning, and can be a necessary component of the social transitioning and/or pre-surgical process. Delay of document changes may have a deleterious impact on a patient’s social integration and personal safety. Medically necessary gender affirmation/confirming surgical procedures include complete hysterectomy, bilateral mastectomy, chest reconstruction or augmentation, genital reconstruction, facial hair removal, certain facial plastic reconstruction, voice therapy and/or surgery, and gender affirming counseling or psychotherapeutic treatment. It is important to understand that every patient will not have a medical need for identical procedures. Clinically appropriate treatments must be determined on an individualized and contextual basis, in consultation with the patient’s medical providers. The medial procedures attendant to gender affirming/confirming surgeries are not “cosmetic” or “elective” or “for the mere convenience of the patient. “these reconstructive procedures are not optional in any meaningful sense, but are understood to be medically necessary for the treatment of the diagnosed condition. For some genital surgery is essential and life-saving. These medical procedures and treatment protocols are not experimental. Decades of both clinical experience and medical research show they are essential to achieving well-being for the transgender patient. Available routinely in the United States, these treatments are cost effective rather then cost prohibitive. More than 15 states currently have regulations in place prohibiting insurance carriers from offering policies that contain exclusions restricting transgender people from accessing needed healthcare. Further, in a decision rendered 30 May 2014, the US Department of Health and Human Services Departmental Appeals Board found that “transsexual surgery” should not be considered experimental as it has been proven to be an effective treatment for gender dysphoria, which lifted the longstanding Medicare program ban on this treatment. In June 2016, the Department of Defense lifted its ban on transgender military service. Professionals who provide services to patients with gender conditions understand the necessity of gender reassignement surgery and concur that it is reconstructive and as such should be reimbursed as would any other medically necessary treatment. Professional associations that have issued statements in support of the WPATH Standards of Care include the American Medical Association, the Endocrine Society, the American Psychiatric Association, the American Psychological Association, the American Academy of Family Physicians, the American Public Health Association, the American College of Obstetrics and Gynecology, the American Society of Plastic Surgeons and the World Health Organization.

WPATH Board of Directors urges health insurance carriers and healthcare providers in the United States to eliminate transgender exclusions from their policy documents and medical guidelines and to provide coverage for transgender patients; also to include in their policy documents and medical guidelines the medically prescribed sex reassignment of gender affirming/confirming services necessary for subscribers’ treatment and well-being; and to ensure that ongoing healthcare, both routine and specialized, is readily accessible and affordable to all their subscribers on an equal basis.

Unfortunately many insurance companies still have “transgender exclusions”. It is also apparent that insurance companies overall deny requests for  procedures or medications hoping the office will not appeal it, not just for transgender and gender nonconforming patients. The process of “pre-authorizations”, “peer reviewers (often doctors from the same specialty that receive bonuses for denying as many surgeries/medication requests as possible)” and “appeals” is set up to discourage us doctors from doing what is right for the patient, but expensive for the insurance, especially in December when a lot of people have met their deductibles.

Here is advise for transgender and gender nonconforming people. If you are on your parent’s plan or have insurance trough your job, look for these:

Many health plans are still using exclusions such as “services related to sex change” or “sex reassignment surgery” to deny coverage to transgender people for certain health care services. Coverage varies by state.

Before you enroll in a plan, you should always look at the complete terms of coverage that are included in the “Evidence of Coverage,” “Certificate of Coverage,” or contract of insurance. This contains the full explanation of which procedures and services are covered or excluded under each plan. Plans might use different language to describe these kinds of exclusions. Look for language like “All procedures related to being transgender are not covered.” Other terms to look for include “gender change,” “transsexualism,” “gender identity disorder,” and “gender identity dysphoria.”

You can access the full terms of coverage through a plan’s Summary of Benefits and Coverage. If you’re still not sure about how services would be covered or excluded, you should contact the plan’s issuer directly by phone.

These transgender health insurance exclusions may be unlawful sex discrimination. The healthcare law prohibits discrimination on the basis of sex, among other bases, in certain health programs and activities.

If you believe a plan unlawfully discriminates, you can file complaints of discrimination with your state’s Department of Insurance, or report the issue to the Centers for Medicare & Medicaid Services by email to [email protected].

Once you’re enrolled in a plan, if your health insurance company refuses to pay a claim or ends your coverage, you also have the right to appeal the decision and have it reviewed by an independent third party.

The Healthmarket offers only two plans this year. You can sign up until December 15 2017. Subsidies for those that make less then 90,000 dollars a year are substantial.. Other alternatives are working for an LGBT+ friendly company. The Human Rights Campaign uses a Corporate Equality Index for companies that are LGBT friendly. Go to this website: unf.edu. Personally at our clinic we have good experiences with tech companies, Wells Fargo, Home Depot, Ikea, Ebay, Netflix and some credit card companies and companies based in California. Please don’t forget; we have got your back and we will keep fighting for your rights one appeal at a time. 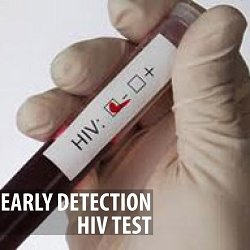 Regular Testing WonÂt Protect You from Getting HIV