The road to Beach Blanket Babylon is fraught with danger and excitement.

More events from my recent vacation trip to San Francisco and the Folsom Street Fair. After Mr. Pap Smear and myself had spent the better part of the day gawking at naked leather boys getting bound up and whipped into a frenzy, we had just enough time left in the day to tackle one of my bucket list items.

Ever since I first viewed Armistead Maupin’s Tales of the City miniseries in 1994, I am enamored with all things San Francisco. I bought all of Armistead Maupin’s books in the series. I even hosted a series of movie nights in my single-wide trailer with polyester curtains and a redwood deck, for all of us Logan Queens.

In the television version, Mrs. Madrigal takes Mona Ramsey to Club Fugazi in San Francisco’s North Beach district, in the middle of Little Italy to see Beach Blanket Babylon, the world’s longest-running musical revue. One quick glimpse of the show and I was hooked, and attending this show became a bucket list item for me. Many people in Utah take one look at my beehive hair, lighted breasticles with interchangeable blinking nipples, and sequined caftans and exclaim that I am an extreme fashionista. I beg to differ. Upon doing a little bit of research, and speaking to several people who have attended, I learned that this show was a drag queen costume and musical EXTRAVAGANZA PAR EXCELLENCE!

We arrived at the theater an hour before show time. I was so excited I could barely hold my pee. We were escorted inside by the most adorable little usher. He sat us right up front, touching the edge of the stage. Any closer and I would be part of the show. His name tag read “Deacon,” although I was sure he was old enough to be an elder. He was so cute I wanted to hide him in my purse and take him home. I didn’t have time to ask him about his unusual name, as he was busy mincing and flitting around seating the audience and getting their drink orders.

In the program, it said that this show had been playing in this theater for 40 years and over 16,000 performances. It was readily believable because the chair I was sitting on, I’m sure still had the original padding, and was none too delicately poking my ass.

The theater looked to be ancient, with ornate woodwork on the proscenium and the balustrades. It reminded me of the fancy woodwork I saw when I was performing baptisms for the dead in the Logan Mormon Temple, before they remodeled it and destroyed all the pioneer craftsmanship and beauty, and replaced it all with generic drywall and cinderblock.

Deacon took our drink orders and brought back the world’s smallest glass of Diet Coke. For a slight moment, I almost thought I was in a Mormon sacrament meeting, drinking Diet Coke from the sacrament cup.

The lights dimmed, and the show began. I was immediately transported to Heaven. The costumes were to die for, repeatedly. Each time a new character came on stage, I was left breathless with envy. Never in the course of human history has there been a higher concentration of sequins and rhinestones, which were applied with such skill and precision. The musical numbers were very lively, in tune, and humorous. One of the actors caught my eye. OH! MY! GOD! He was pretty!

The theater gods were smiling on me because in the second musical number his costume consisted of short shorts and a tank top, and he tap-danced. Because I was sitting right next to the stage, his plentiful basket was just at eye level. And the rippling thigh and calf muscles dancing inches in front of my face. The number included a move where he faced the rear of the stage and bent over. His heavenly buns, so round and firm, were perfectly framed in sequins. (Oh, sweet mystery of life, I’ve finally found you!) I was so tempted to reach out and touch. The only thing that saved his ass from my grasp was that I got distracted by all the shiny and sparkly costumes which became more elaborate with each progressive scene.

In the finale, there were several gigantic hats at least 15 feet wide and 10 feet tall. They were electrified with lights and moving parts. There was even a moving model train on one of them. The enormous wigs and hats made my two-foot-tall beehive wigs look like miniature marshmallows by comparison. I nearly passed out from overstimulation.

· Because I once lived in a trailer house, am I considered trailer trash for life?
· If I had shanghaied the usher and hid him in my purse, would that be considered kidnapping?
· If I took the usher back to Utah would that be “Human Trafficking?”
· Is this considered to be “the slippery slope” to becoming a felon, even if I didn’t use handcuffs or chains?
· If I had reached out and touched the actor’s buns, would Deacon have tasered me?
· Is this how erotic electro-stimulation play came into being a thing?
· Since I can’t figure out the engineering necessary to install a moving train set in my breasticles, should I just resort to making a new wig from miniature marshmallows?

The tale of save the veils 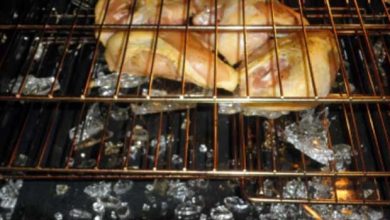 The tale of a Butter Ball

The tale of my first time

The Tale of Titanic Proportions