By the time you read this, the U.S. Supreme Court will have heard oral arguments in Masterpiece Cakeshop v. Colorado Civil Rights Commission, aka the “gay wedding cake” case.

A bit of background: A gay couple asked Jack Phillips, proprietor of Masterpiece Cakeshop, to make them a wedding cake. He said, “Nah. Because of gays.” So the couple said, “Sue. Because of laws.”

Colorado’s law protects against discrimination based on sexual orientation. Lower courts ruled against Phillips, and now Phillips, represented by the rabidly anti-gay Alliance Defending Freedom, has made it all the way to SCOTUS.

Now, you might be thinking: Why doesn’t the couple just go to a different cake shop?

Indeed, there are bakers in Colorado who’d happily make the gayest wedding cake for the gayest wedding. That’s not the point. Surely, no couple would want to have their wedding cake made by someone who was bigoted against them, but the couple here isn’t suing Phillips to force him to make them a cake. They’re suing Phillips to force him to follow the law.

Some might argue this case shouldn’t settle in the courts but via capitalism. After all, if Phillips discriminates and people don’t like that, then people will no longer patronize his shop, and he will go out of business.

But like so many things when it comes to capitalism, it works better in theory than in real life. First, it’s likely LGBTQ people would no longer patronize Masterpiece Cakeshop, and likely those close to LGBTQ people wouldn’t either. But the fact of the matter is, it probably wouldn’t matter much to most people. Because most people aren’t LGBTQ, and if a problem doesn’t directly affect them, they likely won’t take any action.

Take racism, for example. The majority of white voters — men and women — voted for Donald Trump, who ran a blatantly racist campaign supported by Nazis. Racism wasn’t a deal breaker for them, even though many of those white voters claim not to be racist or agree with Trump’s racist views. Because racism doesn’t affect white people the same way it does people of color, it was effortless for them to look past it and vote for Trump. I guarantee you if Walmart were legally allowed to discriminate against brown and black people, whites would be all, “That sucks, but the prices are so low!”

The fact is, this lawsuit is about so much more than cake. What the ADF wants to do in the name of “religious freedom” is to chip away at legal protections for LGBTQ people, undoing many of the civil rights gains we have made, up to and including, marriage equality.

ADF has long espoused the belief that LGBTQ people are abominations, wicked people who have made wrong choices that they force decent people to accept. They argue that this case is really all about artistic expression. In other words, that Phillips has no problem with gay people, he just can’t make a cake for something he doesn’t believe in (those gay people loving each other and getting legally married). But the fact is, you can’t separate the two. You can’t say, “I acknowledge you as a person, but I do not acknowledge your humanity.” Dehumanizing is the goal here, and we must not lose sight of that. 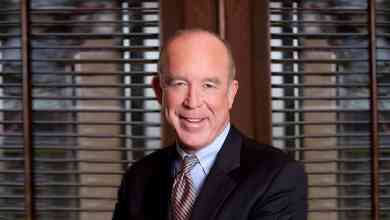