The Human Rights Campaign Foundation in partnership with the National Education Association and the American Counseling Association present Time To Thrive, the 5th annual national conference to promote safety, inclusion, and well-being for LGBT youth everywhere.

They are making progress on the road to legal equality, yet young LGBT people in America still face dramatically heightened rates of discrimination in school, at home, and within their community. The impact of family rejection, bullying, and the messages they hear about being LGBT weigh heavily. By engaging a broad audience of youth-serving professionals, including K-12 educators, mental health providers, pediatricians, religious leaders, recreational athletic coaches, and youth development staff they can create spaces in which LGBT youth are affirmed, supported, and can thrive.

QueerMed, a telehealth practice that provides trans-focused medical care online, via video conference and other tools, in five states across the Southeast. Before opening QueerMed in mid-2017, Dr. Izzy Lowell ran a brick-and-mortar clinic specializing in transgender medicine for two years. When she made the change to telehealth, reaching rural patients — a population with the least access — became one of her primary goals.

At the heart of video, telehealth is a live, two-way interaction between a patient and a provider, using technology similar to a Skype call. Because there’s no physical contact with the provider, there’s no physical exam — though the provider will make a referral if an exam is necessary, to a local provider or an emergency room — and visits to laboratories for blood tests and pharmacies for prescription medications take place locally.

The Williams Institute estimates that 1,171,000 LGBT adults ages 18-64 years old have Medicaid as their primary source of health insurance. While the majority of LGBT adults with Medicaid are employed, an estimated 542,000 may be at risk of losing coverage due to work or community service requirements that states may impose under guidance recently released by HHS.

These estimates include 194,000 LGBT adults who are unemployed and up to 348,000 who are unable to work and may not meet Medicaid disability eligibility criteria or meet other criteria for exemption from work and community service requirements. Nearly 84,500 LGBT adults who reside in 10 states ( including Arizona, Arkansas, Indiana, Kansas, Kentucky, Maine, New Hampshire, North Carolina, Utah, and Wisconsin ) that are considering adopting these requirements may be at immediate risk of loss of health insurance coverage.

In 2017, James Damore was fired for writing a lengthy memo that argued that women and minorities were not proportionately represented in Silicon Valley because they were inherently ill-suited for tech work. Now he’s brought a lawsuit against his former employer Google, Inc., claiming his termination was out of prejudice — for being a white, conservative male. Additionally, several conservative outlets have picked up the cause, with “National Review” claiming that Damore has exposed “Google’s culture of ignorant intolerance.”

But according to “The New Republic”, Damore’s lawsuit is short on evidence of discrimination and long on nitpicks about the company “catering to employees with alternative lifestyles, including furries, polygamy, transgenderism, and plurality.” 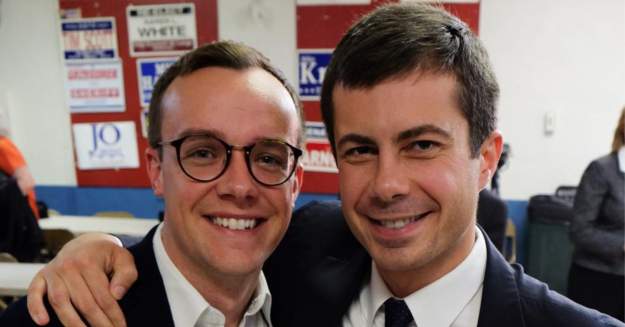