President Donald Trump nominated to the U.S. District Court in Utah a lawyer who backed California’s Proposition 8, argued the judge in the case should recuse himself because he is gay, and has said homosexuality is a choice.

Progressive judicial monitoring group Alliance for Justice released an extensive report on Howard C. Nielson, Jr., whose nomination has been referred to the Senate Judiciary Committee, opposing his confirmation.

Nielson, the latest in a string of problematic judicial nominees, was among the attorneys for the plaintiffs in Hollingsworth v. Perry, the case involving Prop. 8, a voter-approved state constitutional amendment that temporarily banned same-sex marriage in California. California state officials refused to defend Prop. 8 in court, so the amendment’s supporters took up the defense.

After Chief Judge Vaughn Walker, of the U.S. District Court for the Northern District of California, ruled in 2010 that Prop. 8 violated the U.S. Constitution, Nielson filed a motion to nullify the ruling, arguing Walker should have recused himself from the case because he was in a same-sex relationship
The motion was denied by another judge.

Also during the Prop. 8 case, Nielson argued that sexual orientation was a choice rather than an innate characteristic and “disputed the effects of discrimination on LGBTQ individuals, such as increased rates of depression and attempted suicide,” the AFJ reported.

After Prop 8 was overturned, Nielson also filed a brief in Obergefell v. Hodges, the same-sex marriage case heard at the Supreme Court in 2015. He contended that marriage must remain an exclusively opposite-sex union because “in particular, through the institution of marriage, societies seek to increase the likelihood that children will be born and raised in stable and enduring family units by both the mothers and the fathers who brought them into this world.”

Nielson co-authored an amicus brief in Whole Woman’s Health v. Hellerstedt that argued the Supreme Court should uphold restrictive abortion regulations in Texas that required all outpatient abortion providers meet untenable standards that would have shut down many women’s health facilities

Nielson is a graduate of Brigham Young University and the University of Chicago Law School. He is the son of former Utah Rep. Howard C. Nielson Sr. Q 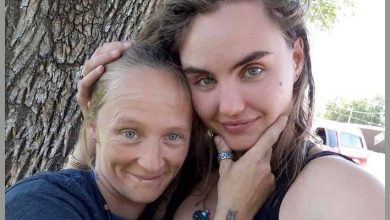