In a tour-de-force display of artistry and athleticism, Nathan Chen won the national title at the U.S. Figure Skating Championships last weekend and secured his spot for the upcoming Winter Olympics in Pyeongchang, South Korea. Nathan trained at Ballet West Academy for six years, dancing alongside company dancers in The Sleeping Beauty, Swan Lake, and The Nutcracker. Taping a promotional package at the Ballet West studios for NBC News this fall, Nathan told correspondent Stephanie Gosk, “This is where it all started. My training and ballet background definitely gives me the competitive edge on the ice.”

“He had an incredible one-of-a-kind focus,” said Peter Christie, former academy director and current education and outreach director. “It was clear to all of us watching him that this was his destiny. He has the drive and determination to make all of his dreams come true.”

The late Ballet Master Mark Goldweber noticed Chen’s talents and even created a variation just for Chen in The Sleeping Beauty to show off his jumping abilities. Now, five years later, Nathan is the first and currently the only skater competing with five different types of quadruple jumps: toe loop, salchow, loop, flip, and lutz. He also holds the record for the first skater to land seven clean quadruple jumps in competition.

“What Nathan has accomplished is truly remarkable,” said Artistic Director Adam Sklute. “We are proud to have played a role in his success. He has earned our deep respect, and I will be loudly cheering him on from Salt Lake City next month when he competes in South Korea.” 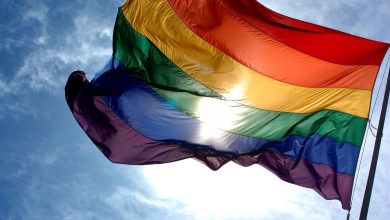 Utah is erupting with Pride!