Whatever you think you know about Utah Sen. Jim Dabakis, you surely don’t know the whole story.

You might be surprised, however, to find out he is terrified of being on stage, and on-stage he is in his one-man show, Stories From My Soul.

“Give me testimony before Congress or meetings at the White House, and I am fine, but that stage is so out of my comfort zone — it has me petrified,” he told Ellen Fagg Weist of The Salt Lake Tribune.

While Dabakis admits in the show that seeing his first play transformed his life, this and a 2015 stint as the narrator in Rocky Horror Picture Show (alongside KUTV News reporter Rod Decker) at Pioneer Theatre Company are his only forays into theater.

The set is barren, in fact, borrowed from the upcoming Salt Lake Acting Company production of Stag’s Leap. There are three stools for Dabakis to wander to and from as he tells his story.

While the show starts with him winning the election as a state senator (by seven votes), it quickly heads back to his roots in 1950s Springfield, Massachusetts, which he is quick to explain is not Boston, but the “armpit” of the state — a grim, industrial town. His mother was a drug-addicted agoraphobe and his dad, who he calls “Mother Teresa in a hard hat” had three jobs. The family barely made ends meet but had the necessities, including television where he could see his idol, Walter Cronkite.

He talks about his early inklings of his sexuality and his struggle to “find his tribe.” Like many, he found solace in a dictionary listing of “homosexual,” which told him he wasn’t alone.

He talks about two young men in white shirts with black nametags who knocked on the door one day. They invited him to play basketball at the church, and eventually told him to continue playing, he must get baptized into the church. He did and because of that, he explains, he cannot take the bait of looking down on the Mormons since they taught him much about being a decent person.

Only Brigham Young University accepted his application for college, so off to Provo he goes. But, just as he is about to be expelled for being gay, even though he’d never once had sex or had met any gay people on campus, he withdraws from school and moves to Salt Lake City.

In his effort to move toward his goal of being the next Walter Cronkite, he harangued Starley Bush at KTALK Radio until he allowed him to work at the station, for free, which eventually led to an on-air show, which he held for many years.

So as not to give away spoilers, the show then goes into meeting his now-husband of a million years, Stephen, going to Russia to make and lose his fortune there and coming back to help the founding of the Utah Pride Center and Equality Utah before becoming the politician he is today.

The 100-minute show leaves no time for lulls. It is engaging throughout and there are twists and turns that any rumor about him doesn’t do justice.

It took eight months of collaboration with director Charles Lynn Frost to get the show to such a point.

“Charles helped take it down from a 17-hour show,” Dabakis joked.

“We had almost 50 stories at the outset. We had to narrow that down to an amount that could fit into the length of the show,” said Frost. “I had to convince Jim that some of his favorite stories (we called him his babies) would have to go.”
Frost worked with the script to create highs and lows — the dramatic and the comedic, the suspense and tension — necessary to be a legitimate and moving play. He also was proud of how well Dabakis took to direction and acting.
“Getting a strong political leader ready to become an actor — an actor playing himself throughout the show, but an actor and not a speaker or politician — was essential,” said Frost.
They also added visual cues to bring the audience into the show and Dabakis’ life.
“The enlarged photos throughout Jim’s life pulled the audience in and created a finished tableau that brought it all together visually,” Frost continued.

The scheduled three shows sold out well in advance, so two more shows have been added: February 3 and 10 at the Salt Lake Acting Company at 168 W. 500 North in the Marmalade District.

Tickets are available at JimJabs.com 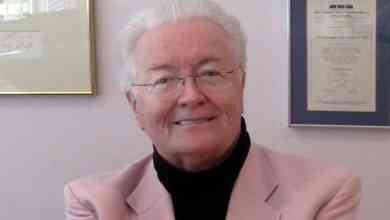 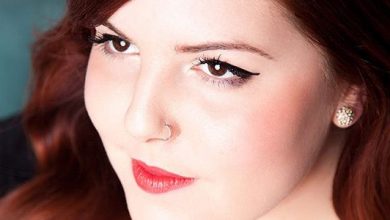