Recy Taylor was born Dec. 31, 1919, in rural Alabama, where her family was sharecroppers. At 17, her mother died, and she cared for her six siblings. She continued to work in sharecropping, and by the time she was 24 in 1944, she had married and had a young daughter. That same year, Taylor’s life took a tragic turn.

On a walk home from church one Sunday in early September, Taylor was kidnapped at gunpoint and taken to a grove of trees where she was raped by six white men. According to reports, the men had then threatened to kill her if she told anyone about the attack. With resolve, the young, married mother did tell authorities — in the height of the Jim Crow Era. Taylor’s refusal to remain silent led to organizing in the African-American community on behalf of justice and civil rights, and the assault was reported to the NAACP in Montgomery, Ala. The organization sent their best investigator and activist against sexual assaults on black women, Rosa Parks.

Parks and allies formed the Alabama Committee for Equal Justice for Taylor, “with support from national labor unions, African-American organizations, and women’s groups.” The groups recruited supporters across the country, and by the spring of 1945 they had organized what was called by local press the “strongest campaign for equal justice to be seen in a decade.”

It wasn’t until 2011, when Taylor was 90, that the Alabama legislature adopted a joint resolution that stated:

BE IT FURTHER RESOLVED, That we express our deepest sympathies and solemn regrets to Recy Taylor and her family and friends.

UFC, RadioWest, and KUER 90.1 will host a free screening of the 2017 documentary by Nancy Buirski, The Rape of Recy Taylor, on Wednesday, Feb. 7 at 7 p.m., at the Rose Wagner Center, 138 W. 300 South. A Q&A will follow with the documentary’s producer Susan Margolin, moderated by RadioWest host Dough Fabrizio.

“It is Recy Taylor and rare other black women like her who spoke up first when danger was greatest,” Buirski told NBC News. “It is these strong women’s voices of the 40s and early 50s and their efforts to take back their bodies that led to the Montgomery Bus Boycott and other movements that followed, notably the one we are witnessing today.” 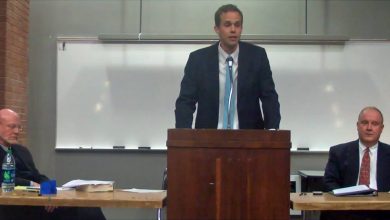