When I was a kid I knew of Bermuda only from songs, specifically “Kokomo” by the Beach Boys (“Bermuda, Bahama, come on pretty mama”) and “Bermuda Triangle” by Barry Manilow, a mysterious love story of sorts that includes the lyric, “Lying with my woman on the island sand.” Ha ha ha. It’s funny Because Manilow is gay.

In fact, after hiding their relationship for decades, Manilow married his husband Garry Kief in 2014.

But Manilow did not marry Kief in Bermuda. In fact, he couldn’t have because there was no legal marriage for gay couples in Bermuda in 2014. In fact, there was no marriage equality at all in Bermuda until a 2017 ruling by the country’s Supreme Court.

And then, on Feb. 7 marriage equality was gone again with the passage of the Domestic Partnership Act, which tells same-sex couples they can’t get married, though they can form domestic partnerships which will have rights similar to marriage.

And wouldn’t you know it, the National Organization for Marriage is very excited about Bermuda’s divorce of gay marriage.

In a Feb. 9 fundraising plea, NOM’s president Brian Brown crowed, “The country of Bermuda became the first nation in the world to repeal gay ‘marriage’ this week!”

He then claimed credit for it.

“NOM played a significant behind-the-scenes role in the tremendous victory in Bermuda,” Brown writes. “Our team advised pro-marriage supporters there on strategies to preserve marriage, and I traveled there twice to meet with activists from Preserve Marriage Bermuda to discuss potential strategies.”

Well, how nice of him.

Brown is especially excited about this Bermuda “victory” because he claims it exposes the “lie” that the arc of history bends toward justice.

“The biggest lie about same-sex ‘marriage’ is that it is inevitable,” Brown writes. “LGBT activists and their partners in the media regularly trot forth with falsehoods such as gay marriage is somehow part of an ‘arc of history,’ and that everybody needs to embrace it if they want to be ‘on the right side of history.’”

By “partners in the media” I’m assuming he’s referring specifically to Rachel Maddow and Anderson Cooper, and I am so here for that. However, it isn’t like this whole “arc of history” business is something silly gays made up, it’s something that came from two ministers. First abolitionist Theodore Parker, then Martin Luther King Jr.

And yet Brown sees marriage equality not as civil rights and functioning to strengthen bonds in families and the communities those families live in, but as a tyrannical imposition on “people of faith.” As if there aren’t LGBTQ people who have faith. As if having faith is a prerequisite for equal rights.

According to Brown, backers of same-sex marriage “want people to accept the lie that since the U.S. Supreme Court imposed gay marriage on the nation in 2015 with their illegitimate and anti-constitutional Obergefell decision, that the issue is resolved for all and that it’s time to accept it – no, more than accept it, everyone must openly embrace and celebrate it.”

Here Brown is right, but only partially. Gays most definitely want acceptance and celebration, which is why it’s the ultimate goal of the LGBTQ Shadow Government to make gay marriage mandatory for everyone as soon as President RuPaul and Vice President Latrice Royale are elected in 2020. You have to admit, “RuPaul/Royale” has a great ring to it. The arc of history is fierce, honey, and eventually, people like Brown who are on the wrong side are, sooner or later, going to have to lip sync for their lives while the rest of us serve up equality realness. 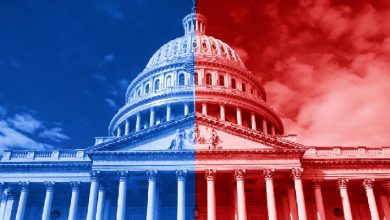