It’s about time Ft. Lauderdale has elected an openly gay mayor. Dean Trantalis won with 64 percent of the vote. Long a gay mecca, Ft. Lauderdale has had a history of not-homo-friendly public officials. A decade ago, the sitting mayor said the city needed to buy single-occupancy public toilets on the beach to “reduce homosexual sex in bathrooms.” He also opposed a collection of gay and lesbian literature in a public library. It was that mayor’s attitudes that motivated the new mayor to get into city politics.

Olympic diver, Tom Daley and husband Oscar winner for the movie biography, Milk, Dustin Lance Black, announced they’re having a baby. Who’s carrying the baby is not released. Daley has remarked in the past that, “Lance and I definitely want a family in the future — who knows when? We’re both lucky to have supportive families, and we want to share that with our own children.”

DowDuPont, the world’s largest chemical company, announced that its openly gay COO Jim Fitterling would become the company’s chief executive officer. DowDuPont is the product of the mega-merger of Dow Chemical and DuPont. Fitterling started with Dow Chemical in 1984 and came out to his fellow employees in 2014.

Glee, American Horror Story and other productions with an LGBT sensibility producer/director Ryan Murphy signed a record-breaking $300 million deal with Netflix to create original content for the popular streaming service. Netflix executive Ted Sarandos said: “Ryan Murphy’s unfaltering dedication to excellence and to give voice to the underrepresented, and we look forward to supporting Ryan in bringing his broad and diverse stories to the world.”

A Methodist pastor was fired for officiating a marriage ceremony between two women. Anna Golladay was a pastor at the St. Marks and St. Elmo churches in Chattanooga, Tenn., two congregations predominantly composed of queer Christians and their allies. The UMC has more than seven million members in the U.S., forbids its pastors from officiating at same-sex weddings. The UMC’s laws and doctrines Book of Discipline say, “the practice of homosexuality is incompatible with Christian teaching.” The Rev. Gary Ihfe, lead pastor of both churches, said,  “Congregants were deeply upset when they heard the news.” The Rev. Golladay protested her firing saying, “The pain doled out by the United Methodist Church must stop,” she wrote in a blog post. “The continued minimization of our queer friends is not acceptable.”

Groups say new secretary of state is not LBGT friendly

Leaders of LGBT organizations GLAAD and HRC criticized the selection of Mike Pompeo as the new U.S. Secretary of State. GLAAD President Sarah Kate Ellis decried Pompeo for consulting with the Family Research Council, “an anti-LGBTQ hate group that supported Uganda’s efforts to punish and execute LGBTQ people.” In a fundraising letter, HRC President Chad Griffin said, “The decision to nominate anti-LGBTQ Mike Pompeo could have serious consequences for the United States and LGBTQ people around the globe.”

Some of the particulars against Pompeo are that he opposed the repeal of “don’t ask, don’t tell” in 2010, and called the Obergerfell marriage ruling by the U.S. Supreme Court, “A shocking abuse of power.” He also co-sponsored the State Marriage Defense Act and said he is not in favor of same-sex parenting as compared to the “ideal” of opposite-sex parenting. As CIA director he has canceled or minimized LGBT events at the agency.

The gay man who organized Gays for Trump, Peter Boykin, is running for the North Carolina House of Representatives. He was also the organizer of a group of Trump supporters who were banned from the 2017 Charlotte Pride celebration. Boykin has not been supportive of transgender affiliation with LGB efforts for civil rights. Boykin said, “I don’t consider transgender to be gay.” He opposed transgender people in the military and, breaking with the NRA, inferred that transgender people should be prohibited from gun ownership. His Gays for Trump rally in D.C., fizzled when only “a couple dozen” people marched and an open mic took the place of official speakers and Trump didn’t tweet one word about it. Boykin blamed the low turnout on the weather.

Ireland is in the center of two LGBT controversies, one in Europe and another in the U.S. An entry from Ireland in the 63rd annual Eurovision music and video contest, “Together” by singer-songwriter Ryan O’Shaughnessy, features a gay couple dancing down the street after leaving Dublin’s Temple Bar. Though no one from Russia has commented yet, it’s feared that Russia and other countries may object to the video given those countries legal bans on “gay propaganda.”  In the U.S., the ever-ready-to-take-offense LGBT political establishment sees homophobia in a meeting between out-Irish Prime Minister Leo Varadkar and VP Mike Pence. Of Irish descent, Pence hosted the former Irish PM at a public ceremony marking St. Patrick’s Day, with media invited. This year after attending an Oval Office meeting with Ireland heads of state, the VP is hosting a private breakfast for a smaller group. HRC, in a fundraising tweet, claimed Pence was pandering to an anti-LGBT base by keeping the media out. PM Varadkar said he wanted to bring up LGBT rights and thought a private meeting was an excellent forum for that discussion. 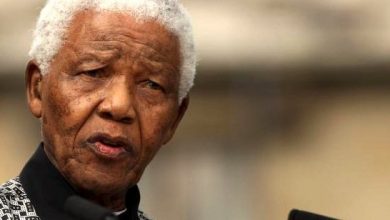