GLAAD, released a report, “More Than a Number: Shifting the Media Narrative on Transgender Homicides”, a new resource for reporters and activists. The report outlines the importance of moving away from focusing solely on the number of victims lost in a given year, documents the epidemic of anti-trans violence in 2017, and provides reporters with advanced tips and advice from transgender spokespeople and activists about how to better cover anti-trans violence.

“More Than a Number” includes an excellent tip sheet for reporters covering the epidemic of anti-trans violence in the United States. Key highlights include:

Don’t treat each case as a number: Break away from the same overly simplistic and predictable format: name of the victim, the circumstance of their death, and running tally of the number of known transgender homicides that year and fail to humanize the victim.

Take time to humanize the victim: Reach out with empathy to friends, family, and community members to get information about their life.
Remember there is no way to be fully confident that the number of known victims accurately reflects the total number killed in any given year.

The report also includes advice to reporters from transgender spokespeople around the nation who have had experience educating reporters on the homicides of transgender people and working to improve media coverage, including:

Monica Roberts, journalist and writer, and founding editor of TransGriot: “Nine times out of ten people have a Facebook page, where you can get correct information about the person and nice photos that you can use.”

The “More Than a Number” report includes in-depth case studies that break down the media coverage of the homicides of three transgender women killed in 2017, Stephanie Montez, Ally Lee Steinfeld, and Jaylow McGlory, exposing what went wrong during the initial reporting and what can be improved moving forward.

GLAAD and other organizations like the National Coalition of Anti-Violence will continue the tracking and analysis of homicides of transgender people in the U.S. for the vital information that we can learn and share for advocacy, organizing, education, and memorialization. While GLAAD is advocating for moving media coverage away from merely counting the number of victims each year, and toward an acknowledgment that we cannot yet measure the full scope of this national tragedy, the information we track remains highly valuable. Below are the key demographic trends from the homicides that GLAAD followed in 2017.

In the United States alone, 26 people — that GLAAD knows of — were victims of homicide in 2017.

Twenty-five of 26 known transgender victims in 2017 were transgender women or people assigned male at birth who were feminine-presenting.

As is standard practice in police or media reports on transgender victims of homicide, at least 22 of the victims were misgendered in initial reports of their deaths.

At the date of this report, 12 of the murders are unsolved: of these, a person or persons of interest has been identified in only four of them.

This new resource serves a nuanced companion to GLAAD’s tip sheet Doubly Victimized: Reporting on Transgender Victims of Crime, which is intended for reporters who are new to writing about members of the transgender community who’ve been victimized by crime.

Gay groups respond to State of the Union address 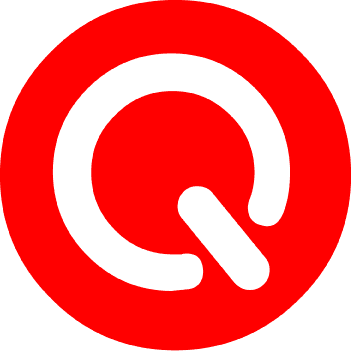