As the only professional theatre company in the country producing full seasons of new work by local playwrights, Plan-B Theatre Company is thrilled to announce their 28th season of unique and socially conscious works exploring how truth finds us and what we do with it once it does.

“I’d been loved. And that changes a person.”

A gay Mormon faces excommunication a week after marrying the man of his dreams. A solo play about faith, hope, and catharsis. Featuring Austin Archer. Directed by Jerry Rapier.

“I guarantee you there will come a time when your name won’t ring a bell among the living.”

“You won’t be satisfied, you never are.”

An evening of short plays by and about people of color from the Theatre Artists of Color Writing Workshop. Cast TBA. Directed by Jerry Rapier.

Created specifically for grades 4–6, Zombie Thoughts is the story of Sam and Pig, avatars in a video game. Sam is anxious. Pig is punny. Will the audience be able to help them make the right choices in their quest to defeat the evil Machine? A sometimes touching, sometimes hilarious journey in and around anxiety. Featuring Katie Jones, Alicia Washington. Designed by Arika Schockmel. Stage managed by Sharah Meservy. Directed by Cheryl Cluff.

Free Public Performances in partnership with the City Library
Oct. 13: Main Branch at 11 am, Chapman Branch at 1 pm
Oct. 25: Glendale Branch at 4:30 pm

A trio of free staged readings of plays-in-progress each season. These plays are almost always read first in The Lab and are now in a later stage of development and ready for their first audience. Plays, casts, directors TBA.

THE LAB
Since 2008, The Lab has been an incubator where 13 local playwrights share whatever script they wish, at whatever stage they wish, in a private table reading for the group. The Lab, which meets monthly, has become Plan-B’s primary source of work for full production. They are genuinely nourishing a pool of local playwrights rivaling that found in any other city in the country.

SLAC presents Utah premiere of ‘HIR’, a dark comedy about a family in transition 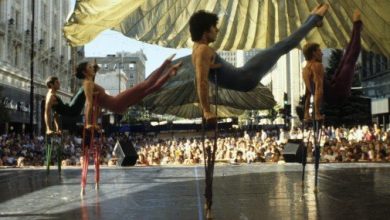