Grindr will stop sharing users’ HIV statuses with third parties after a report disclosed that the company passed the information on to vendors.

The company’s policy change came after a BuzzFeed report Monday that revealed personal data was being passed to two outside vendors that test the performance of its app.

The report comes at a time of intense scrutiny about digital privacy because of the data misappropriation scandal involving Cambridge Analytica, a political consulting firm that received unauthorized data from millions of Facebook users through an outside app developer.

Grindr stated that, while HIV status can be a particularly sensitive issue in many parts of the world, and in the U.S., it’s an optional field on Grindr and when users share that information it is available publicly to anyone viewing their profile, reported Axios.

Peter Tatchell, director of the London-based Peter Tatchell Foundation, added to the dissent in a statement Tuesday:

“Allowing private companies access to the HIV status of Grindr customers is as shocking as it gets and can only add to the anxieties experienced by gay and bisexual men with HIV. “This is the second data scandal involving Grindr in a week and its users will not be reassured by this latest development.

“There are still 72 countries in the world that criminalize homosexuality and even more have governments that actively persecute LGBT+ people. Security breaches could be exploited to make arrests and by homophobic vigilantes to make violent attacks.

“Grindr and similar app providers must urgently audit their data security measures, come clean about any issues and fix them immediately.

“Data protection is the new frontier in the battle for human rights. Software companies that cater for LGBT+ people arguably have a special responsibility, given the potentially risky countries that many of their users live in.”

Grindr allows users to choose from a number of options under “HIV Status,” including listing positive, negative or receiving treatment. It also allows users to record their latest HIV test date. That information is aimed at informing potential sexual partners, the company says.

“As a company that serves the LGBTQ community, we understand the sensitivities around HIV status disclosure,” Scott Chen, Grindr’s chief technology officer told Los Angeles Times. “Our goal is and always has been to support the health and safety of our users worldwide.” 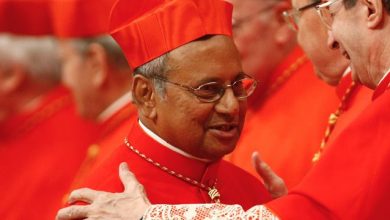