WTC continues their 20th Anniversary season with a Theresa Rebeck drama about sexism in the workplace, What We’re Up Against, opening April 26 with a special fundraising performance to benefit 801 Creative Women, a group of Utah women in arts that advocate, support, and collaborate with each other. More about the organization at 801creativewomen.com.

“We chose What We’re Up Against because the issues of workplace safety and discrimination pervade our current climate,” said Jim Martin, WTC artistic director. “We want to give voice to the struggles that women face while trying to be seen and heard as equals in the workplace. We believe theatre can be a great vehicle for moving current conversations forward, and we hope that What We’re Up Against can accomplish this.”

The play is a relatable black comedy about gender politics in the workplace. At the center of the story is a woman, newly hired at an architecture firm, who faces extreme sexism that keeps her from doing her job. Struggling to establish a foothold at the firm, she takes actions that upend the social and workplace status quo.

Director Natalia Noble said, “So much of the toxic dynamic displayed in this show is seen in workplaces throughout the nation. These men and women should be respected colleagues, not professional enemies. The distrust, resentment, and even the utter contempt is shocking to watch. At the root of it all, the poison pumping into the corporate veins is toxic masculinity: the privilege, the sense of entitlement, and fear of emasculation by a powerful woman. Until we suck that poison out, What We’re Up Against will remain relevant.”

The central character, Eliza, is portrayed by up-and-coming film and theater actress Mary Neville. Some of her recent projects include Alice Avenue in DracMan vs. SuperiorMan at The Off Broadway Theatre and Christine Schoenwalder in “Picnic” at The Grand Theatre. Film credits include Jayda in the 2018 Not Cinderella’s Type. 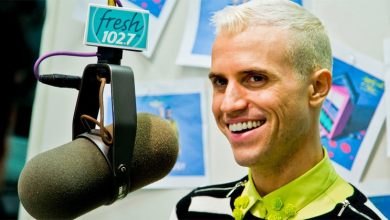