Jessie Ware only recently learned what “wig-snatching” means, and fresh off the European leg of her current tour, I’ve taught her “guncle.” The 33-year-old British songstress takes full advantage of this latest lesson in queer-speak, breaking from our phone chat long enough to inform her gay brother, Alex, he’s a guncle (“I’ll take that,” he says). With Ware’s nearly-2-year-old baby girl in tow, the siblings have just arrived at a Palm Springs lodge they rented, a family vacation before Ware’s Coachella performance.

For her solo live shows, Ware’s culled a setlist encompassing her three musically varied releases: her debut Devotion (2012), which features her breakout single “Wildest Moments”; her even-more sophisticated Tough Love (2014); and last year’s experimental Glasshouse, a collection so personal she tells me she wants to record a full album of escapist club music next.

Though jet-lagged, Ware discussed her plans to start watching RuPaul’s Drag Race, her supportive friendship with Sam Smith, and how the queer community helped her through a challenging time.

Speaking of your brother, is he dating one of your gay fans yet?
No, he isn’t dating one of my gay fans yet. He was on tour with me, and we were in Berlin, and I noticed it was a really gay crowd and such a wild night. I was like, “Listen, guys, my brother’s looking fab tonight, it’s Berlin, a lot of very handsome men out there; who would be up for taking my brother out?” It turns out my brother had been on a date with one of them previously in the day, and Alex texted me after the show, “I don’t need you to pimp me out. I’m fine.” But I have tried. There have been some admirers but no, we don’t have a new guncle to add.

“Taking in Water,” a song about your brother’s struggle to come out, is so special and has meant a lot to many queer people.
You’re making me want to put it back in the show. I haven’t got it on the set. I haven’t sung it for years, and I love that song, and I remember how much people loved it, and you’re making me think maybe I should practice it with my band.

I’m sure that would make a lot of gay people who go to your shows happy. I hear there’s been some wig-snatching going on at these performances.
Oh my goodness, the wig-snatching has been a revolution and also so fun.

Didn’t someone throw a wig on stage at your Manchester show?
I’ve had multiple wigs, thongs, bras. The first wig I dragged around with my heels like a dead cat, accidentally. I hadn’t seen it come on the stage, and then I walked around with it, so it kind of ruins the wig-snatching moment, I feel. It wasn’t as fabulous as it could have been, but it did make everyone laugh.

A wig is one thing, but what prompts a fan to throw a thong on stage?
I don’t know if they’re trying to entertain me, and they know I find it hysterical, but you know, it’s not only gay men — I think maybe that was from a gay woman, and that was fabulous.

Or a drag queen.
Or a drag queen! Absolutely. I’d kind of love it to be from a drag queen, but I didn’t see any in the audience. I think it came from when the song “Midnight” (the first single from Glasshouse) came out, and I had been away for a bit. I came back and “Midnight” was this kind of fierce diva moment for me. I really sang out, and I think my fans enjoyed it. The online world has always been pretty positive for me, but hysterical. And memes and gifs — I feel like such a fucking old woman!

It was so fun, and I didn’t know what wig-snatching was. It comes from RuPaul’s Drag Race, right? And I feel terrible because RuPaul has always been sweet. From the beginning, RuPaul would retweet videos of mine, and I think some contestants have performed some of my songs. So, I need to watch it because I had to Google what wig-snatching meant and it was embarrassing. It made me feel very straight and very old.

You kept Whitney and Barbra vinyls in the recording booth while recording Devotion. For Glasshouse, which divas were guiding you?
I think spiritual guides for Glasshouse were probably Carole King and Nina Simone, even though you probably can’t hear that in the record. I became obsessed with the art of songwriting. And Joni Mitchell. That was something I felt I needed to improve upon, and I really appreciate what they were doing, and I was lost in that, and those were the worlds I was living in and listening to a lot.

When we spoke in 2012, you couldn’t quite explain why the queer community connected with you. Six years later, has the reason for that bond become clearer?
If I’m honest, I still don’t know why they embrace me, but I fully support it and enjoy it. They’ve been so important to my shows. It’s given me energy; it’s given me confidence having the queer community so devoted and supportive. I think they’re incredibly loyal and fun.

When I was a rabbit in the headlights five years ago, they gave me the confidence I needed to feel like I could go into that zone of feeling like, as much as it was maybe tongue-in-cheek for me, that diva mode. I think they really celebrate and I tried to do that for this show.

I think sometimes I’ve been quite apologetic — it’s a very British thing to do — but I think the queer community has given me this positive celebration of being able to express myself, and it’s almost escapism and it’s fun, and that’s how a live show should be. I’ll never forget how loyal they’ve been; that counts as something when you’re three albums in and fans come back from five years ago.

Sam Smith is a devoted fan and has been tweeting about you since the beginning of your career.
He’s a really good friend of mine, and we’re so proud of each other. He’s so supportive, and I love that all his backstage shots are him in, like, the highest heels that I can’t even wear, and a wig. Seems like every day he has on a different wig and a different heel. Above all, he’s a really good friend, and he’s at the end of the phone, and I am for him for when he has worries, and he wants to complain about this bloody industry. It’s a tough, old industry, and so he’s incredibly supportive, and I love him. I love him so much.

What industry challenges have you had to deal with?
Sometimes the business side of the industry was taking over the creative side, and it took me to really just stop and be like, “I feel a little bit dead on the stage.” I lacked confidence. I just had a baby; I thought people were going to judge, however stupid that sounds. It’s a very male-led industry. Straight, male-led industry and they have opinions, and they seep through into you whether you like it or not. I’m a pretty strong woman, I think, but you can’t help but have that. And you come back from having a baby, and I felt I had so much to prove. I had to be — pretend to be — this superwoman who could do everything. It was exhausting.

This record was significant for me to write because it was documenting a stage in my life which was new, and I have all these emotions and feelings, and I think sometimes you feel a little bit dead, you run out of new feelings. Having a child was a different kind of love, which was so inspiring and amazing to write about, but also the most challenging. I think what’s next for me is, I want to make a record that’s pure dance, and I think it’s because of the queer community.

What, personally, inspired this upcoming dance detour?
I think it’s a reaction to doing something so autobiographical for this third record. I don’t feel like I need to do that again. I don’t think there are so many songs I need to write that are like “Sam” (from Glasshouse) and I wanna test myself — it’s a challenge. I see the reaction to songs like “If You’re Never Gonna Move” and “Midnight,”these kinds of more bombastic, uptempo things — I hate the word uptempo; it doesn’t make it sound as important, but I feel like I really want to enjoy that soul boogie. Can I say disco? I don’t know.

Club music?
Club music! Which is where I came from! Sometimes you forget — I haven’t forgotten where I came from. I have a lot of love for that world that embraced me at the beginning, and I feel like I want to go back to it and enjoy it and dance.

Who are your dance divas?
Chaka Khan. Any of the Whitney upbeat stuff. I love Róisín Marie Murphy; I love Tina Marie.

It sounds like this album could help loosen you up.
I think that’s what I need. This job is supposed to be fun, and sometimes you forget. It’s something that especially the queer community will enjoy. I’ve done enough mid-tempo ballads. It’s time for a bit of a switch-up. 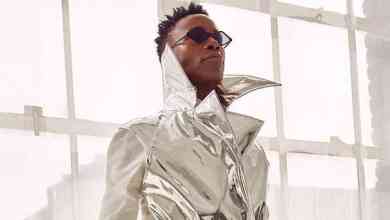 Billy Porter: Black, gay, and out of fucks 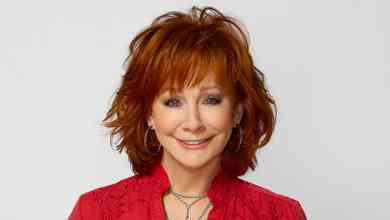 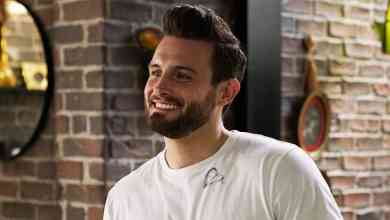