As I write this, it’s April 9, my birthday. It’s also the day John Bolton starts as Trump’s National Security Advisor. Bolton, who was ambassador to the United Nations under President George W. Bush, really wants to go to war with North Korea and Iran. Like, badly. And now he’s whispering in the ear of the dangerously impulsive and ignorant leader. It should make us fear that we won’t make it to our next birthdays.

In the face of annihilation, some people think men kissing men is worse than men killing men. Spoiler alert: it isn’t.

Such are the concerns of MassResistance.

No, MassResistance isn’t when you pretend you’re sleeping when your mom is hollering that it’s time to go to church (something I spent much of my formative years doing, which is likely why I’m gay). Instead, MassResistance is a group battling the so-called homosexual agenda.

It’s all the same stuff, and many of the same faces subjected to for decades. In fact, MassResistance just added notorious homophobe Peter LaBarbera to their staff.

“MassResistance has been expanding, and we have needed someone of his caliber for a while,” MassResistance President Brian Camenker said April 8.

And what caliber is LaBarbera? Well, he’s the president of Americans for Truth About Homosexuality, an organization that does everything but tell the truth about LGBTQ people.

“It goes without saying that Pete is despised and vilified by the LGBT movement,” Camenker added. It is true! Here I am, vilifying him now: Peter LaBarbera is a villain.

MassResistance prides — not in a gay way — itself for being different from other anti-LGBTQ groups. For one thing, Massachusetts is their base, a den of sin and hellfire ever since it was the first state to make marriage equality the law. There are no signs on the restrooms, and gay marriage is the only right to own property or vote. Only straight people pay taxes. It’s a real shame (that Bolton will lead us into a war and untold numbers of people will die).

“In contrast, rather than being truthful and confrontational, too many pro-family groups are more interested in being viewed as ‘reasonable’ and ‘not extreme,’” it says on their website. So, MassResistance touts being seen as unreasonable and extreme (just like Bolton). Got it.

So extreme are they that they blocked themselves from participating at the Conservative Political Action Convention this year — even though CPAC is a notorious den of hateful filth — after 2015 remarks Camenker made about LGBTQ people came to light. He said it’s great to “insult and degrade” LGBTQ people because this is a “war”, not a “church service” — not to confuse it with the real war(s) Bolton wants to start.

MassResistance is angry that CPAC invited the Log Cabin Republicans and not them. LCR, a group that continues to bewilder me, is probably the most milquetoast gay organization in existence. So MassResistance’s hysterical characterization of LCR as a group that “pushes hard to homosexualize the Republican Party,” is, well, hilarious.

So be on the lookout for MassResistance creeps in places like public libraries in Texas to fight God’s war against LGBTQ book displays. And Jesus wept (after nukes destroyed the earth because Trump wanted to distract from his incompetence and his insanely corrupt administration). 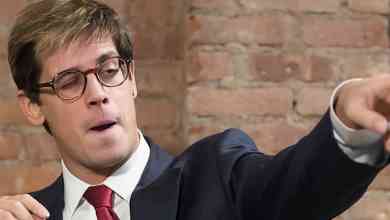