That Britney album better come quickly — preferably before the world combusts from nuclear warfare. On the horizon of a very gay 2018 outside of Brandi Carlile’s recently released must-hear masterwork? New Robyn, new Kylie, new Troye — if only our current political era were as promising as this year’s album-release slate.

The cool place to be a gay icon isn’t Los Angeles anymore — it’s Nashville, y’all. There, Kesha found an empowered state of mind for her twice Grammy-nominated album, Rainbow. Cyndi Lauper took a Detour, recording Patsy Cline and Dolly Parton classics for the aforementioned covers disc. Now, as the release date nears for her 14th studio album, add Kylie Minogue to the long list of pop princesses who like a little dirt on the dance floor.

The first single “Dancing” stays true to the Aussie diva’s long-established brand of fizzy pop. But before it morphs into a country-lite banger, its opening acoustic guitar licks trick you into thinking her boots — okay, very bedazzled pumps — were made for walking, when all Kylie wants to do is dance away her relationship woes. Revealing that her breakup with former fiancé Joshua Sasse influenced her new works, she told The Sun in October 2017, “The songs are very storytelling and story-based.” Lovers, will this be the Joni Mitchell album we never knew we needed from our Golden girl?

There’s no denying the power of song in a coming-of-age film. For example, John Hughes classics like The Breakfast Club, with “Don’t You (Forget About Me)” by Simple Minds, or David Bowie’s timeless tune “Heroes,” which breathed an even richer tenderness into The Perks of Being a Wallflower and its YA outsider story.

Songs from Troye Sivan, Jack Antonoff’s band Bleachers and HAERTS — and even Whitney’s “I Wanna Dance With Somebody (Who Loves Me),” used to sweet musical-esque effect in the film will enrich the experience for queer teens and adults alike of seeing the groundbreaking gay-led romance Love, Simon.

According to Buzzfeed writers, Britney Spears has a new album coming out in 2018, or very soon, or someday in the next six months to five years. Journo Christian Zamora took to Twitter to gleefully announce that super-songwriter Justin Tranter gave him a very vague “just wait” when asked about a new Brit album for 2018 while on the Golden Globes red carpet in January. Tranter was Spears’ writing partner on her 2016 commercially lackluster but artistically slick standout Glory, and they obviously hit it off because he’s been an integral part of the creative process for B10, as in Britney Spears, album 10. So, watch for this one, whenever it comes out.

Brandi Carlile, By the Way, I Forgive You

Thirteen years into her esteemed career as one of Americana’s most celebrated singer-songwriters, will lesbian crooner Brandi Carlile at last garner a long-overdue mainstream following? She indeed should; as By the Way, I Forgive You is unparalleled by Carlile’s standards, not to mention I haven’t heard an album this front-to-back sublime since Lorde’s summer 2017 release, Melodrama. Aching with raw, lived-in feelings of regret, aging, empathy, love and — for us queers — the outsiderness she sings of on her empowering anthem “The Joke,” Carlile’s latest collection of tender laments (I will never not cry whenever I hear “Most of All”) and explosive alt-rockers perfectly replicate her live sound, thanks to roots producers Dave Cobb and Shooter Jennings. Grammy voters, are you listening?

Kacey Musgraves followed her trusty arrow last year, drinking Guinness and talking about reincarnation with Sheryl Crow at her Nashville recording studio, situated above Crow’s horse stable. In December, Musgraves told Entertainment Weekly those “heady” conversations influenced her latest material (wistful Song of the Year-caliber single “Space Cowboy” among them), partly penned by out country songwriter Shane McAnally and due early this year.

Known for suffusing her queer-affirming liberalism into her folk-country music, the Grammy-winning musician revealed to EW there’s a colorful cast of characters on this new release: “…there’s the lonely girl, the blissful girl, the new wife, the girl that’s missing her mom, the angry girl, the sarcastic girl, the ’60s-sequined Cruella de Vil with the beehive, the shy girl, the life of the party, the winner, the loser.” If we’re lucky, and because she made history in 2014 by being the first country artist to perform at the GLAAD Media Awards, maybe we’ll get another witty ditty a la “Follow Your Arrow” that sticks it to our president’s queer-backward administration.

It looks like we’ll blessedly be seeing a lot of Troye Sivan’s porcelain-doll face in the coming months — and not just while serving mesmeric, make-a-grown-man-cry poetry on SNL, where the Aussie stunned with a new sonic heartbreaker, “The Good Side,” from his upcoming album. Eyes closed, arms flung out, he swayed his little gay hips during the synth instrumental break. And if you weren’t already won over by Sivan’s queer coming-of-age debut, Blue Neighborhood, released when he was 20, his slip into a pain-shielding meditation on live TV surely captured you. Between “The Good Side” and “My My My,” Sivan’s sophomore release is a transcendent shift in his post-teen sexual awakening and the sometimes-devastating consequences that come with growing up.

Call your girlfriend, everyone. And hey, while you’re at it, call your boyfriend, your mama, your papa; hell, call your favorite Starbucks barista. Even if it doesn’t seem like the best time to be alive, it is the best time to be alive if you spent 2012 pretending you were Lena Dunham busting a move to Robyn’s “Dancing On My Own” in Girls like I did. The maker of songs that make you caterwaul on the dancefloor is gearing up for her long-awaited comeback album (or albums?) — the follow-up to her brilliant anthological release Body Talk in 2010 — this year. When an impatient fan tweeted, “Who decides your next album release (sic),” the fembot gloriously sassed: “I do. Sometime this year, honey (sic).” We’re so ready — in fact, we’ve been ready. 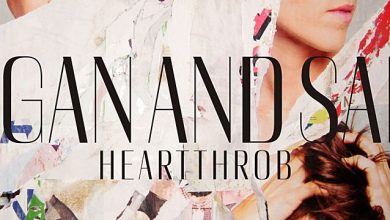 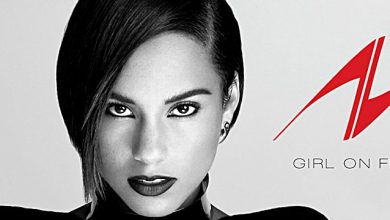 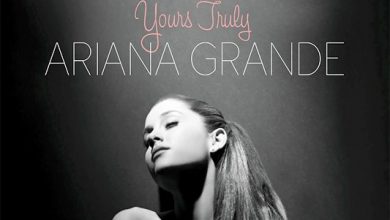