The lusty month of May is a time for flowers, warmer weather and, of course, Coronation, the Royal Court of the Golden Spike Empire’s annual step-down of the reigning royalty and crowning of the new.

The Memorial Day weekend event begins Thursday, May 24, with the In-Town Show and Awards at the Sun Trapp at 8 p.m.

Friday is the PR Ball, titled Summer Nights, at the Radisson Hotel Wasatch Ballroom. Doors at 6 p.m. and show at 7 p.m.

Saturday brings the Out-of-Town show where those traveling into the state for the event can show their support for the current reign at the Radisson, with doors at 7 p.m., show at 8 p.m.

Sunday is the huge Coronation event at the Radisson with doors at 5 p.m., show at 6 p.m. Entrances by local and out-of-state royalty will last for hours before the revealing of the new Emperor and Empress.

Voting takes place Saturday, May 19, at the Radisson Downtown, 215 W. South Temple, from noon to midnight. Utahns 18 years and older who live south of Farmington may vote by showing a valid Utah State ID.

For a full schedule of events and ticket prices visit rcgse.org/coronation-xlii-2. 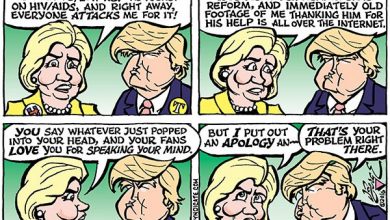 Cartoon – The Price of Admission