My all-time favorite greeting is “Happy Pride!” I first heard it while I was attending my first Pride event. That was several years ago in San Francisco. Now years later, I like to reflect on how far the movement has come. In the midst of all the festivities, one may quickly forget that the ability we have to be so open is a relatively young one.

Most are aware of the Stonewall riots 49 years ago this June and the Christopher Street Liberation March the following year that would become known as the first Pride Parade. We’ve accomplished a lot since, but here are highlights of some of the milestones over the past 25 years.

1993 — Don’t Ask, Don’t Tell is signed into law making it illegal for openly gay people to serve in the military. By stating it would also prohibit harassment of those who choose not to disclose their sexual orientation, justifies the law.

1995 — The Violent Crime Control and Law Enforcement Act includes the Hate Crimes Sentencing Act. It permits a judge to place harsher sentences to those who single out victims based on sexual orientation, religion, gender, disability, race, color, or nationality. Until this time, there were no harsher punishments for hate crimes anywhere in the U.S.

1996 — Defense of Marriage Act is signed by President Clinton which bans same-sex marriage and defines marriage as “A legal union between one man and one woman as husband and wife.”

— Three months after DOMA, a judge in Hawaii ruled that the state does not have a legal right to deprive same-sex couples of marriage. It makes Hawaii the first state to recognize same-sex couples the same rights as heterosexual couples.

2003 — Utah no longer deems homosexual activity illegal. Up to this point, if one was found guilty of sexual interaction with another of the same sex, it could be punishable with imprisonment.

2010 — A federal judge overturns Proposition 8, finding it unconstitutional for voters to determine who should have the right to marry another consenting adult. Same-sex marriage is once again permitted.

2011 — DADT is repealed, ending a ban on homosexual men and women from serving openly in the military.

2015 — The Supreme Court legalizes same-sex marriage in all 50 states.

2016 — The Pentagon announces a lift of the ban on transgender people serving openly in the military.

— U.S. Department of Defense places a six-month delay on all transgender military applicants, followed one month later by the sitting president stating transgender individuals no longer may serve.

— The State of Virginia elects an openly transgender candidate to the Virginia House of Delegates becoming the first transgender person to serve on state legislature in American history.

— The Pentagon announces immediate processing of transgender military applicants as two federal judges ruled against the prohibition of transgender individuals ability to serve.

February 2018 — The first openly transgender person signed a contract to serve in our military.

We’ve come a long way, but there is still work to do. There are communities still conducting conversion therapies and pushing for recognition as being viable. We still have many facing workplace discrimination because of their gender and orientation. And yet, to this day, gay men are denied the right to donate the life-saving resource of blood and plasma. With the current administration in place, more than ever there’s a need to make our voices heard. Let’s get to it! HAPPY PRIDE!

Is She or Isn’t She, and Does it Matter? 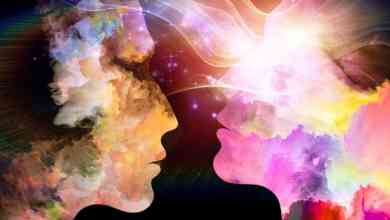